If you keep up with the news, you don’t have to listen long until you hear someone talking about moving faster toward a total renewable energy future by replacing what exists with something new.

The Oklahoma Secretary of Energy & Environment’s office states, “Oklahoma is one of four states in the United States to receive more than 40% of its power from renewable resources like wind power, hydroelectric power and a growing portfolio of utility scale solar power.”

Recently, I saw a statistic from the Energy Information Administration that, in 2020, wind supplied 35% of Oklahoma’s electricity net generation, and the state ranked third in the nation in total electricity net generation from wind. Since 2003, Oklahoma has developed a vast amount of solar and wind resources in the state. Although we aren’t totally renewable yet, we have come an awfully long way in about 20 years.

Are there other alternatives that do not emit carbon? Of course there are. Nuclear energy is carbon free. There are some interesting new nuclear plant designs being planned, but if that makes you nervous, other less complicated alternatives exist.

One of the newest fuel sources being discussed is hydrogen, which is the most common element. Recent proposals to use hydrogen-fueled fuel cells to power public transportation buses in large cities can greatly reduce carbon. Hydrogen can also be used to power generators to produce electricity, much as it is done today in natural gas power plants with zero carbon emissions. “Green hydrogen” is produced using renewable energy and water. “Blue hydrogen” comes from a process using natural gas or methane. Powering more conventional, schedulable and cyclable power plants greatly complements renewable energy and adds to a more reliable grid.

An even less complicated and less expensive option is to continue using fossil fuels to run generators for electricity, but capture the emissions to remove the carbon and sequester it underground where it cannot escape. This technology makes electricity more expensive, but it also makes the grid more reliable. Since the plants already exist, it does not require a completely new electric grid.

I totally agree with those who say we need to do something to reduce carbon. I have also learned, sometimes the hard way, that searching for a lower carbon future may take many paths and take time to reach a successful solution. Cost does matter. Implementation of new technologies takes time. Reducing reliability and increasing outage times in order to quickly lower carbon doesn’t seem practical. For me, the most logical approach is to continue using all the proven technologies we have, implement new technologies when it makes sense, keep electric costs affordable and reduce carbon every chance we get.

Category: President's Message
Back to all commentaries 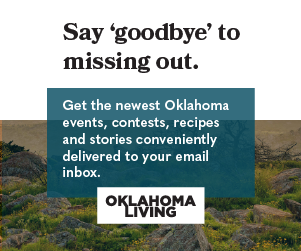