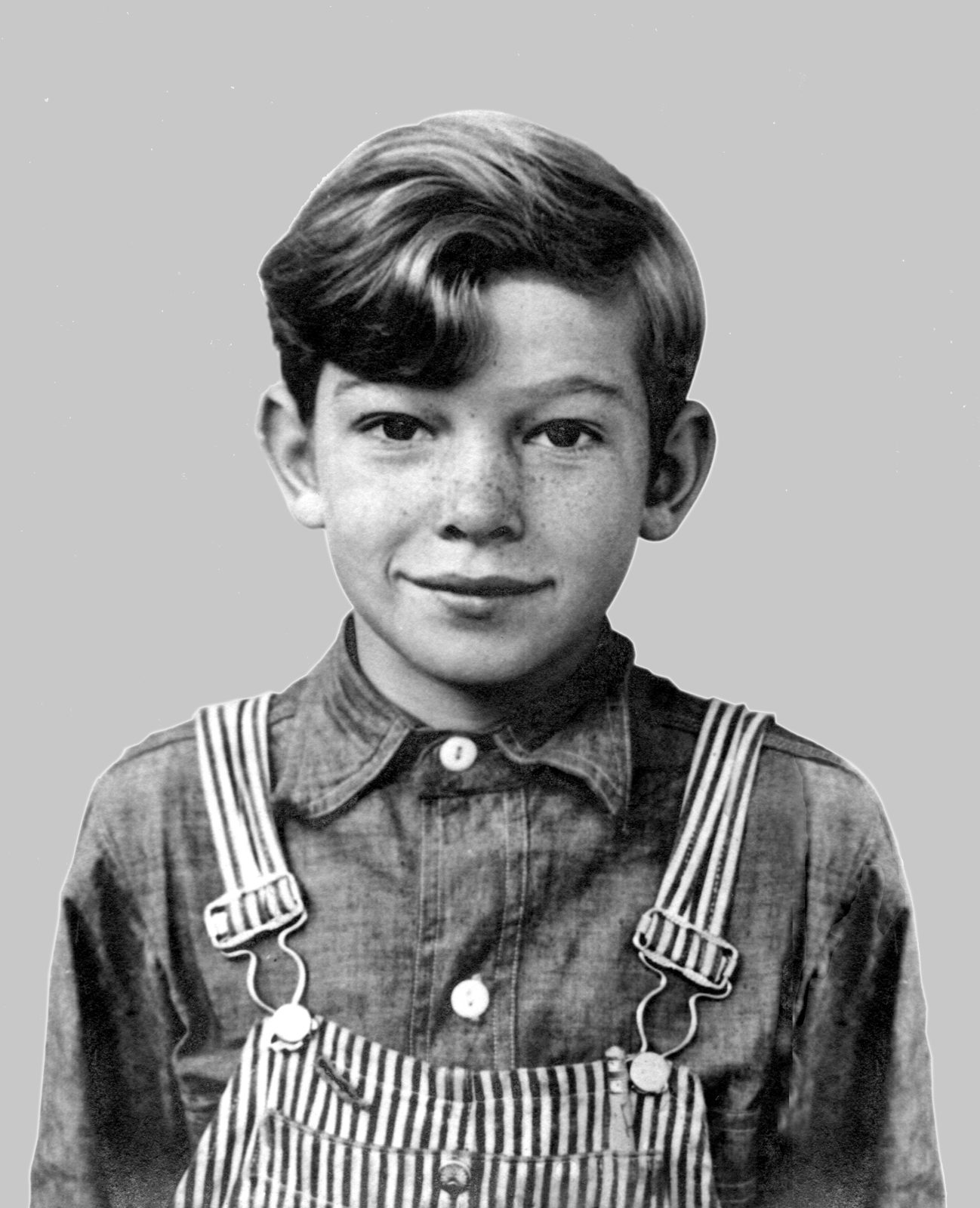 At 87, Roy Rains is a classic. He’s lived through wars, depressions and drought. His roots are deep in the Oklahoma soil, living on land that has been connected to his family for over a century. He’s seen a lot of changes but retained solid values and optimism. And he’s left a legacy of stories in a small book, Sharecropper’s Dream.

Rains was born on August 10, 1930, the fourth of five children born to Joy and Ruth Rains, on land that had been purchased by his grandfather. His dad, like many others in that era, was a sharecropper—farming for his family and for the landowner. All the kids pitched in. By the time he was 5, Rains was helping milk the cows.

Today’s generation laughs at jokes about grandparents who “walked to school 3 miles, in the snow, uphill both ways.” Rains gives readers glimpses of the truths behind these tales—stories that seem unimaginable today but were facts of his life.

The book has no overarching plot—simply a string of short reminiscences. Readers of a certain age can imagine family gatherings where conversations covered everyday activities and each member’s story brought a reminder of another incident.

Some of Rains’ stories are poignant without being self-pitying. He tells of one Christmas so bleak that his dad had told the family there would be no presents. The children, still believing in Santa, nonetheless hung their stockings in hopes of a morning surprise. After the kids were in bed, Joy Rains walked 2 miles in sub-freezing weather to buy some candy and fruit on credit at the McLain store so the children would have something for Christmas.

One of the chapters, not for the queasy, relates a farm fact of life—hog killing. There was no room for Disneyesque sentimentality. The process wasn’t pretty but it was necessary. And the result was meat cured so that the family could eat through the winter, even into the summer months without refrigeration.

Life on the farm was not without pleasures. Rains tells about his school days, fishing and hunting with friends and visiting with good neighbors. More than once, the rural school bus driver spent the night in a spare room at the Rains’ house to save him a long drive.

World War II brought a lot of changes to the family. Rains’ older brother, Junior, enlisted in the Navy and his sister Louise married and moved away. Only Rains and his sisters Margaret, Sally and his mom and dad were left to the farming.

Another conflict—the Korean War— brought more changes. Rains, knowing he would soon be drafted, enlisted in the Navy. By the time he returned four years later, Joy had quit farming and leased out his land. Pasture and cattle were the way many farmers were going.

In 1955, Rains married Betty Jean Harrison. Rains and his wife still live within sight of the “Old Home Place”—the land his grandfather had purchased so many years before.

Rains ends his memoir with a tribute to his parents. He cherished and respected his mother but his father was his hero. In his book, Rains writes, “… (he) was one of the most successful men I ever knew…He just wanted us to have a better life and to have it a little easier to make a living than the way he had to do it.” He succeeded. And so did Rains.

How did this book come about? Rains’ grandniece Kimberly Allison grew up hearing his stories. She approached him about writing about his life. Rains never wrote a word. But he did get a tape recorder and started sharing a lifetime of memories.

When Kimberly began listening to the tape, she says, “It was like a thousand piece jigsaw puzzle. I mulled it over for about 10 years.”

As her children grew up, she realized not all of their friends had the privilege of strong role models to teach them positive character traits. “I felt like I had to write this book,” she says. “I wanted to give students something positive to read. And it was important for my children to know their history.”

She had another reason, “When I wanted to go to college, there wasn’t enough money. I worked, saved, and gathered scholarships, but still came up short. When Uncle Roy got wind of it, he chipped in and made sure I got to go to school. He would never let me pay him back. Maybe this book is the way.”

Sharecropper’s Dream is available at Amazon.com, as is Kimberly’s second book, Desperate Trust, a personal story of tragedy, miracles and faith.

Category: Oklahoma Stories
Back to all stories
Roy Rains has lived through a lot in his 87 years. In the book, written by his grandniece, he reminisces about his life in a series of short stories. Photo courtesy of the Rains family