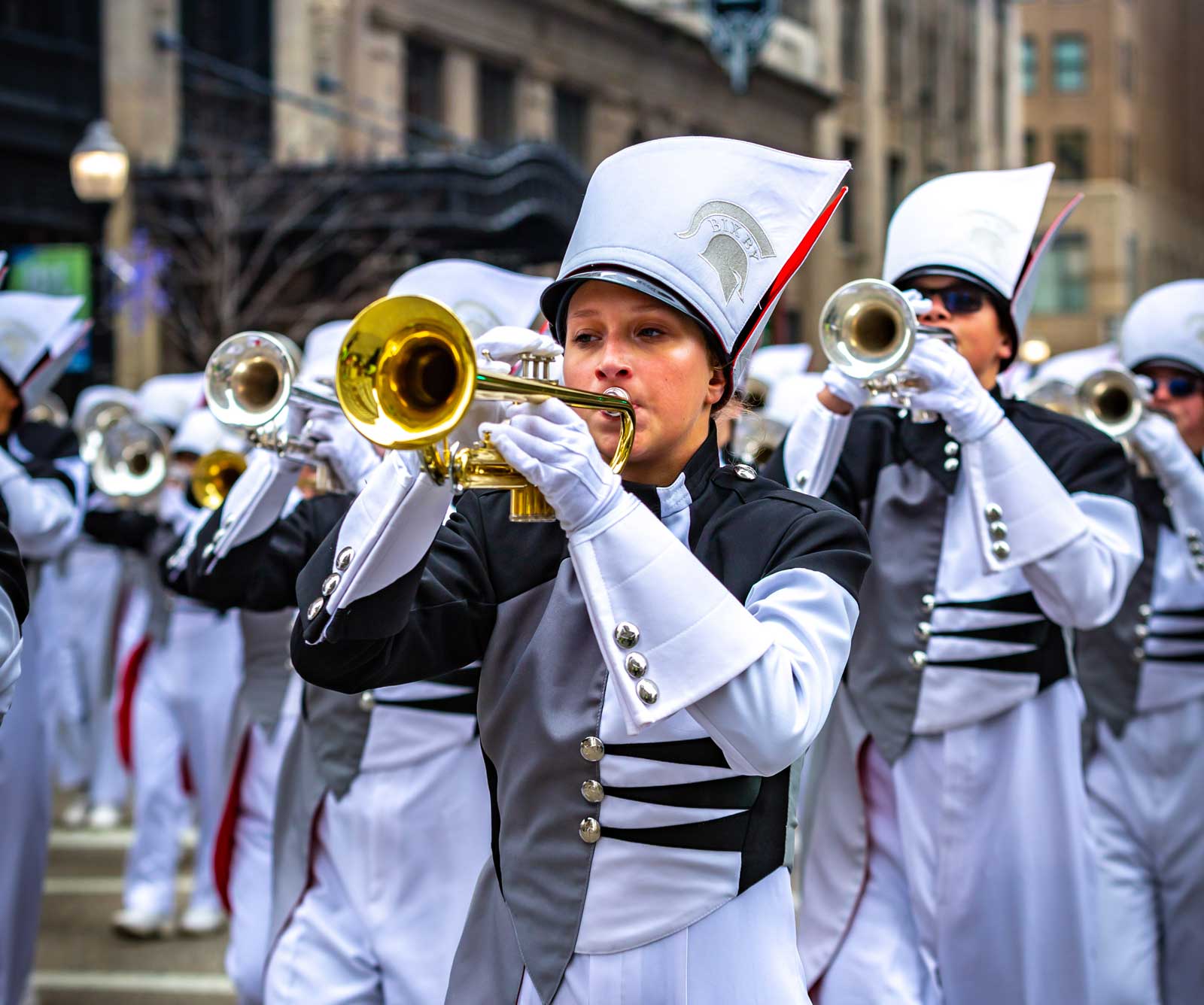 Oklahoma Living magazine readers voted for their “best of the best” in Oklahoma. OKL is proud to feature readers’ local favorites

Fireworks displays have been a way of celebrating independence in America for hundreds of years, and Skiatook knows how to put on a show carrying on this honored tradition.

Each year, as many as 25,000 people gather at the Skiatook Municipal Airport for “Fantasy in the Sky,” sponsored by the Exchange Bank and City Of Skiatook, where spectators can grab a bite at one of the food vendors and enjoy live music.

To kick off the display, OKL reader Adrianne Stidham says the band plays patriotic songs like “God Bless America,” parachute jumpers leap out of planes wearing the American flag and fireworks explode, illuminating the night sky with a multitude of colors.

“I feel as though everyone there is just lifted up into the dance in the sky,” Stidham says.

More information can be found at www.cityofskiatook.com.

In 2005, Josh Juarez was in college and had goals of marrying. He said there were no sno cone shops in Tulsa and noted an opportunity to begin his own. He now celebrates 18 years of marriage and has 10 locations across Oklahoma, in which he sells hundreds of thousands of sno cones each season.

OKL reader Marissa Thoendel says she appreciates how she can count on each location being just as good as another.

“The workers are extremely friendly and happily serve with a smile,” Thoendel says.

Josh’s has 30 base flavors and staff creates a new “Josh’s Mix” each week.

Juarez says his goal is to create memorable summertime experiences for Oklahomans.

To learn more about Josh’s Sno Shack, go to www.joshssnoshack.com. 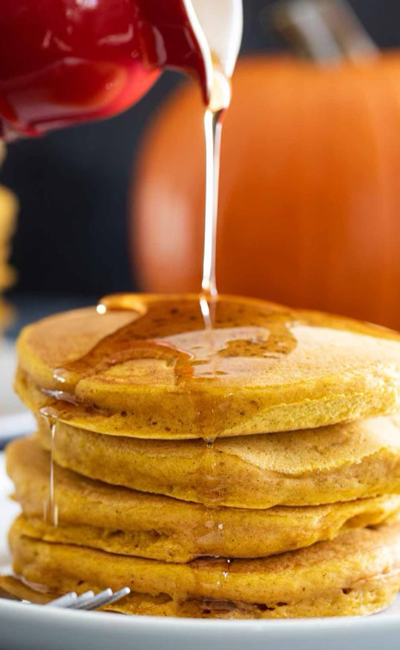 Since Granny’s Kitchen opened in 1945, it has gone through name, owner and location changes, but its home-cooked meals and great service have remained the same.

“Granny’s still serves the same foods and recipes that were started in 1945,” owner Mohamed Mahmoud says.

Granny’s Kitchen was originally owned and operated by two grandmothers, Delpha and Mary, in Stillwater and seated approximately 75 patrons, Mahmoud says. The restaurant has now grown to three locations with more on the way.

Central Rural Electric Cooperative member of 51 years, Janet Harris, says the food, service and atmosphere at Granny’s are what make it the best.

“It’s a homey ‘feel good’ place, and it’s a great place to see your friends and neighbors,” Harris says.

For more information go to www.grannyskitchenstillwater.com.

Family and farming are two favorite things here in Oklahoma. Orr Family Farm has more than 25 activities attracting about 100,000 visitors each year, according to owner Debbie Orr.

Oklahoma Electric Cooperative member Kaylynn Tiffany says she and her family go to Orr Family Farm every fall. Enjoying a hayride, exploring the corn maze and picking out a pumpkin are among their favorite activities.

“It’s something we always look forward to and every age represented has a great time,” Tiffany says.

“It’s exciting knowing others have made visiting our farm a family tradition,” Orr says.

“It’s a great place for children to have fun while they learn,” Perkes says.

“They have awesome covered wagons we stayed in,” Compton says. “They even provide a fire pit, wood and smores.”

Since statehood, Stillwater has been developing into a beloved place for many Oklahomans.

“It offers so much, in so many dimensions-shopping, restaurants, outside opportunities and good schools,” Newman says.

Visitors and locals can enjoy wearing Eskimo Joe’s apparel while strolling Stillwater’s quaint downtown area. Some may chant, “Orange Power” from the bleachers at Boone Pickens Stadium for a Cowboys’ home game.

“Our residents, patrons, visitors and stakeholders share a love for our city,” McNickle says. “Unity is what propels us to dream bigger and do greater.” 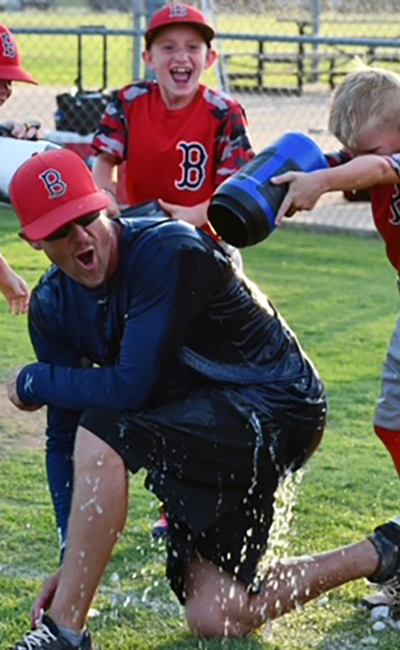 Sports are an important part of Oklahoma pride and when it comes to youth coaches, Bixby Red Sox coach Stephen Robison knocks it out the park.

Robison has been coaching baseball for 14 years, with the last four being for the Red Sox, which is his sons’ team. He says his favorite thing about coaching is seeing the young men’s growth over time.

“These past four years have been so much fun watching these boys mature and their love for baseball grow,” Robison says.

OKL reader Rush James says Robison ensures every boy knows when they wear that Red Sox hat or jersey they represent something bigger than themselves.

“They represent not only their team, but also their town,’’ James says.

James says Robison not only coaches his players during games, but also the other team.

“He finds something special about every kid,” James says. “He is the first one to tell a player on the opposite team ‘nice play’ or ‘great job.’”

Robison says his goal as a coach is to help young men become the best players and people they can be.

“Through sports,” he said, “you can build morals, values and character.” 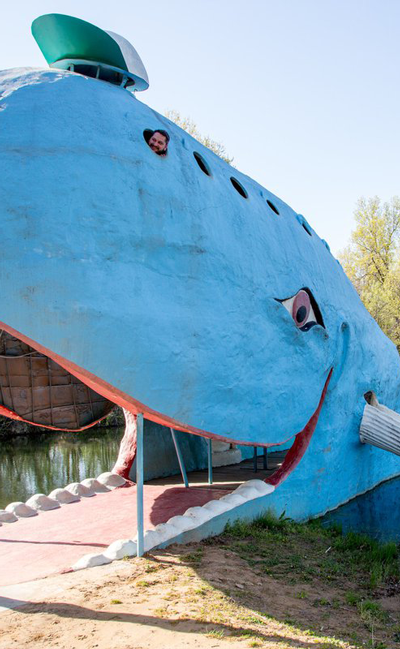 When others think of small-town Oklahoma, giant whales probably don’t come to mind, but this unusual attraction on Route 66 in Catoosa has been deemed the best by OKL readers.

In the 1970s zoologist Hugh Davis spent nearly 3,000 hours building “The Blue Whale” out of steel and cement as an anniversary gift to his wife Zelta and since its completion, it has attracted tourists from far and wide.

Now owned by the City of Catoosa, visitors can explore the inside and out of the 20-feet tall and 80-feet long concrete mammal. They can also enjoy catch and release fishing, have a picnic lunch or visit the gift shop at this quirky roadside attraction.

Northeast Oklahoma Electric Cooperative member Tammy Ward says visiting “The Blue Whale” transports her back to a special place in the past.

“The Blue Whale inspires feelings of nostalgia for simpler attractions and a simpler time,” Ward says. “This vintage icon is a classic symbol for Route 66 in Oklahoma.” 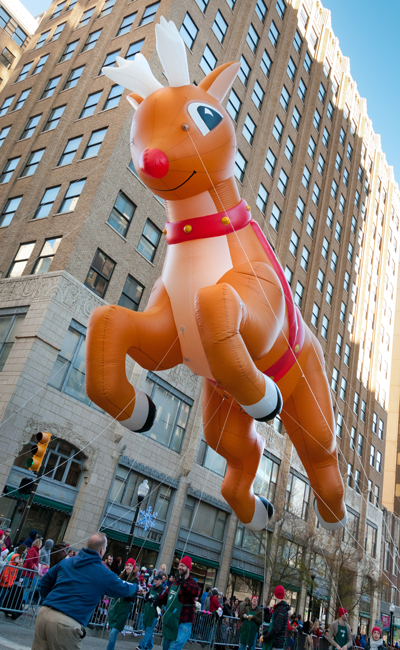 The Tulsa Christmas Parade is an almost 100-year-old tradition that follows much of the same route with balloons, floats, Santa and marching bands, all passing by the same buildings in downtown each year, according to parade director Jessica Gullo.

OKL reader Adrienne Stidham says the school marching bands always do a good job of getting you in the spirit with the holiday music.

“The parade makes me feel like a kid again,” Stidham says.

Committee member Paul Ross says the parade is like a little piece of heaven on earth.

“There’s dancing in the streets and everyone is full of joy,” Ross says. “It’s a wonderful feeling.”

Another committee member, Jeff Faust, says the parade makes him feel a strong sense of community and keeps the spirit of Christmas alive. “Deep inside we are all kids waiting to see Santa and experience the magic the Christmas season brings,” he says.

Category: Oklahoma Stories
Tags: best of oklreaders favorites
Back to all stories