Skip to content
Home // Stories // Oklahoma Stories // Blast from the Past 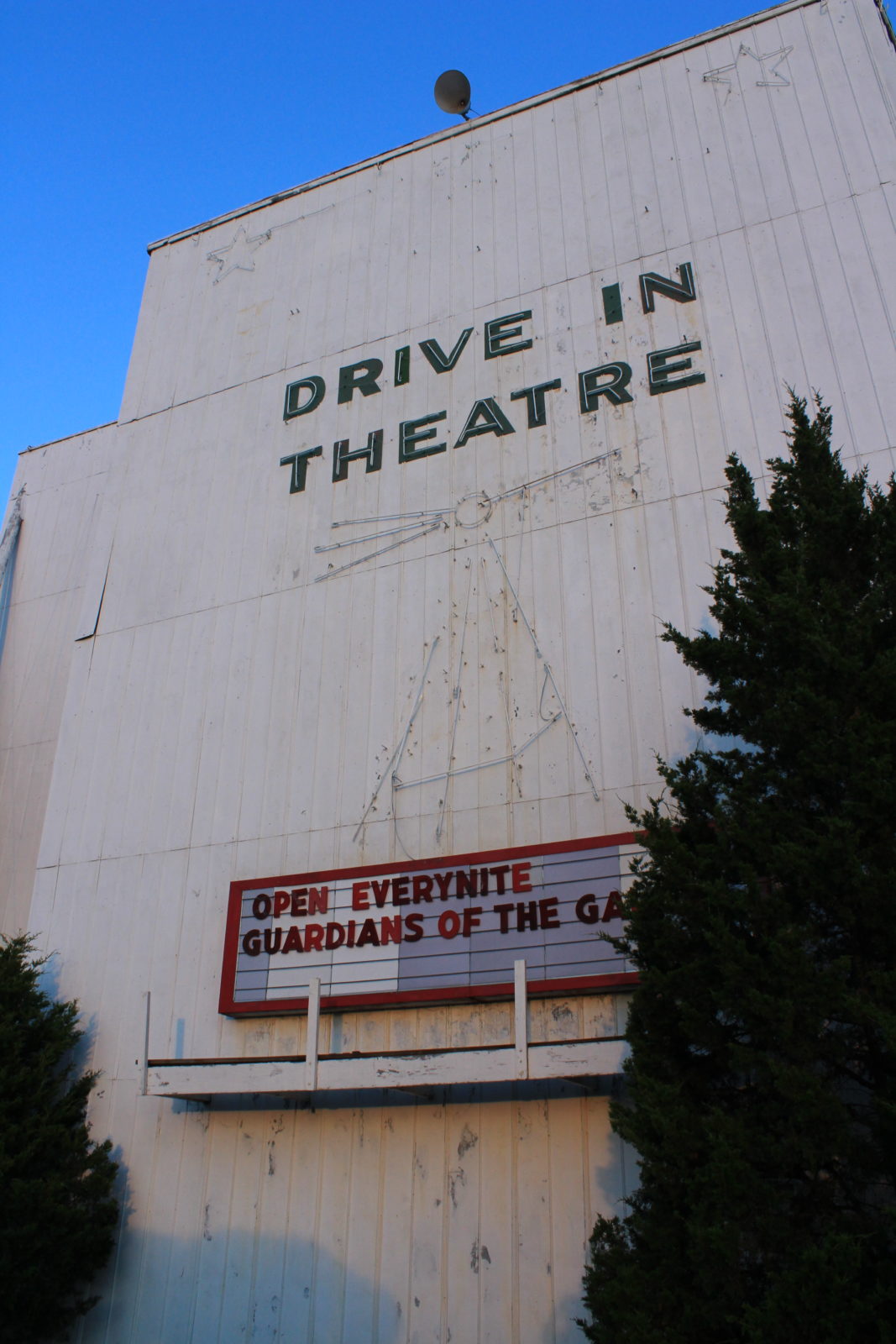 Armed with comfortable seats and well-tuned radios, decades of moviegoers have flocked to drive-in movie theaters for evenings of entertainment and relaxation. In the 1950s, Oklahoma was home to nearly 100 drive-in theaters. Today, only seven remain in our great state, each of them holding tightly to a piece of the American Dream. While each provides its own characteristic movie experience, we’ve selected three which truly deserve a visit.

For a cinematic experience with a breathtaking view, head to Poteau and visit Tower Drive-In.

Tower Drive-In opened its doors in the 1950s, when the magic of cinema was starting to take root in Oklahoma. Despite being closed for the first half of the 1990s after a small fire, the theater has been serving moviegoers from around the state for more than 60 years.

Though it boasts decades of friendly service, the true charm of this theater is its location. Set in front of Cavanal Hill, Tower Drive-In is an experience unique not only to drive-in theaters, but also, more generally, to the state of Oklahoma. Groups of all sizes—armed with fold-out chairs, warm blankets and concession stand fare to last the night—arrive early to enjoy a warm sunset as it falls behind the “world’s highest hill.”

Tower Drive-In is located directly behind the Poteau Theater off Broadway Street in Poteau. Follow signs down a small side road until you find the ticket booth. For more information, visit www.towerdrivein.com or find Tower Drive-In on Facebook.

Located in Guthrie, Beacon Drive-In is another theater to have stood the test of time. Built in 1950, Beacon is a third-generation operation, currently run by Marsh Powell, with the help of his wife and family members.

As Powell took over the family business, a myriad of changes were happening in the film industry. Digital screening was replacing 35mm film, and the decision to evolve with the industry was unavoidable.

“We made the plunge, and we’re still doing it,” Powell says.

Had he decided to not move forward with digital, Beacon wouldn’t be standing today. Rather, moviegoers continue to enjoy blockbuster films as Powell’s grandfather envisioned, under a starry sky and with a fresh breeze.

Guthrie’s drive-in is home to more than movies, however. Weddings, car shows and flea markets are common. The theater is open for private screenings, too.

Beacon is open April to September, featuring showtimes every night in the summer months. Visit www.beacondrive-in.com for more information.

New to the scene but with much to offer, Corral Drive-In is more than a theater. Owners and TCEC members Eric and Alka Lammes offer patrons homemade concessions, an RV park, and a jungle gym for youngsters.

When Eric saw the remnants of a decaying theater in Guymon, he was compelled to restore its grandeur for the sake of the American Dream. Renovations began in 2008, and Corral opened its doors in the summer of 2009. Since that time, Corral has been an increasingly favorable meeting place for the community.

Every summer weekend, groups of loved ones watch—from cars, camping chairs or their own RVs—the latest family-friendly blockbusters. With fresh slices of homemade pizza in hand, moviegoers make memories to last a lifetime.

“It’s a nice feeling to provide memories for those families,” Alka says.

Corral doesn’t feature anything rated above PG-13, making it the perfect activity for kids and adults alike.

Corral Drive-In operates weekend evenings from May until August, but its RV park is open year-round. For more information, visit www.corraldrivein.com.

So whether you’re surrounded by a dozen of your closest friends or spending a romantic night with your sweetheart, visit a drive-in theater,  appreciate the cool evening breeze, the taste of salty popcorn, and the deep-seeded nostalgia which define this special piece of history.

To make your night at the drive-in special, be sure to take these items with you.