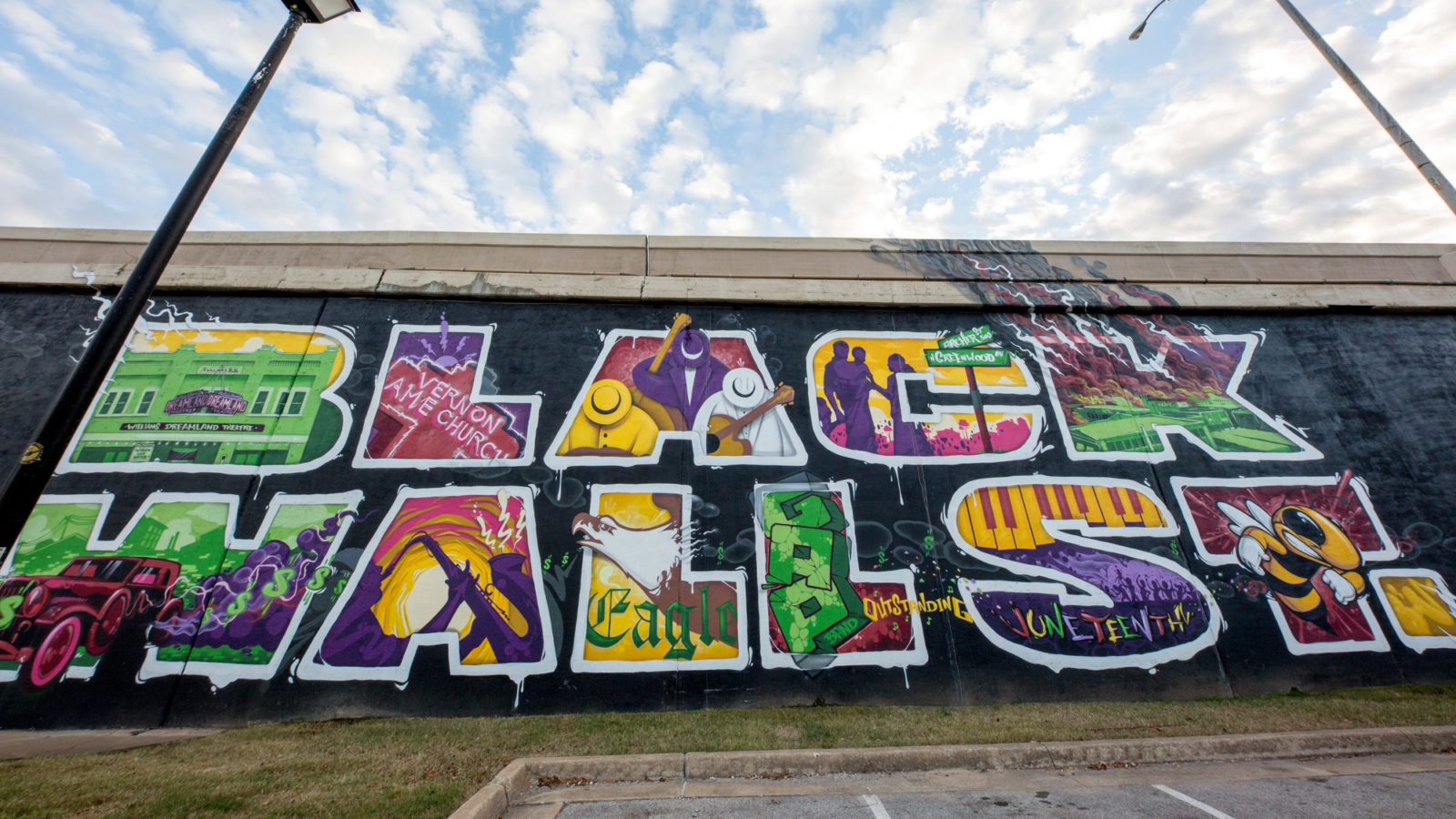 There are so many fascinating stories that people don’t know.The story of Oklahoma’s Black history has become my career,” says Dr. Karlos Hill, chair and associate professor of the Clara Luper Department of African and African American Studies at the University of Oklahoma. Discovering that history is a worthy way to celebrate Black History Month.

There are many places to explore how Oklahoma’s Black citizens have contributed to making Oklahoma a great state.

Black settlers arrived in what would become Oklahoma with the Indian Removals in the early 1800s. Some came as slaves of the Native Americans. There were also a number of free Black fighters who had been allies of the Seminoles in Florida. Led by John Horse, these immigrants moved from the Seminole community to found the town of Wewoka in 1849. The Seminole Nation Museum in Wewoka has exhibits on the Black Seminoles and, for scholars, a comprehensive collection of research materials, photographs and maps.

With the onset of the Civil War, Black soldiers were in the midst of the action.

Director Omar Reed at Fort Gibson Historic Site says, “The fort was the gathering point for the First Kansas Colored Infantry before Honey Springs and the home base for the integrated Indian Home Guard.”

East Central Electric Cooperative member Adam Lynn, director at Honey Springs Battlefield Historic Site, another National Historic Landmark, says, “The battle at Honey Springs was one of the most culturally diverse battles of the Civil War.”

The majority of soldiers—from both sides—were Native American and African American. This was one of the first battles in which Black soldiers fought side-by-side with white soldiers. The Union victory here led to federal control of Indian Territory for the remainder of the war.

Honey Springs Historic Site, near Rentiesville, features a large new visitor center and museum. The 1,100-acre battle site features six walking trails with multiple signs. Reenactors recreate the July battle every other year. Plans for this year’s event are dependent on the pandemic.

Rentiesville is one of Oklahoma’s many All-Black towns. Between the end of the Civil War and 1920, more than 50 All-Black towns and communities were established. Of these, 14 remain.

The big attraction there is the Down Home Blues Club and Museum founded by the late D.C. Minner and his wife and fellow musician, Selby Minner. Noted for the annual Dawn to Dusk Blues Festival, the club, in normal times, also presents events. The museum is open when Selby is around, so call before visiting.

Another fort of particular interest is Fort Sill, near Lawton. Director of Museums Frank Siltman says, “The fort was completely built by Black Buffalo Soldiers of the 10th Cavalry Regiment and is the most complete, original structure, frontier fort of the Indian War era.”

Exhibits pertaining to Black soldiers and integration can be found in several places in the museum complex.

Langston, another of the All-Black towns, is home to Oklahoma’s only HBCU (Historic Black Colleges and Universities) institution. In Langston University’s Melvin B. Tolson Black Heritage Center, visitors will find material on Tolson, Poet Laureate of Liberia, and Langston professor. Additional exhibits include sculptures, baskets, drums and other items from Africa.

This year marks the 100th anniversary of the Tulsa Race Massacre. A trip to the Greenwood District is a must. The buildings in this prosperous Black community were totally destroyed by white mobs in 1921—but the community survived. Tours, scheduled in advance through the John Hope Franklin Center for Reconciliation, will take visitors past many of the most important sites. As long as COVID-19 rules are in effect, the tour will be outside only. Among the highlights are John Hope Franklin Reconciliation Park, the Black Wall Street mural, the Mabel B. Little Heritage House and Mt. Zion and Vernon A.M.E. churches. Oklahoma native John Hope Franklin was a historian, scholar and recipient of the Presidential Medal of Freedom for his lifelong commitment to civil rights. Greenwood Rising, a state-of-the-art history center, is expected to open this year for the 100th commemoration.

Here are other places to learn more stories of the Black experience in Oklahoma: