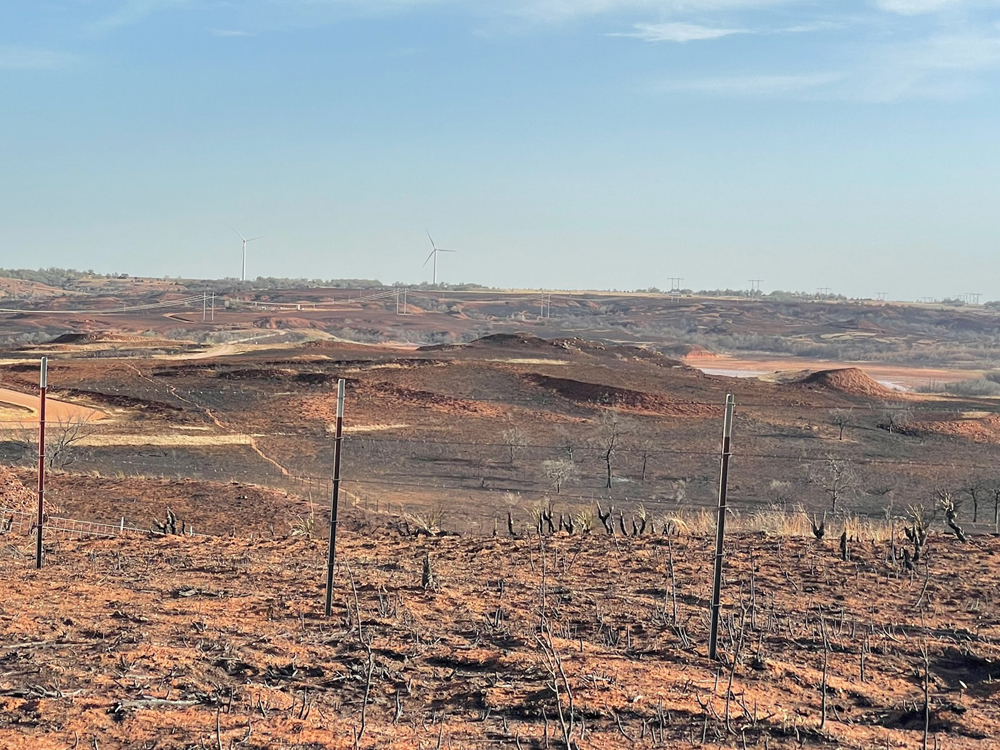 After a full day of co-op board meetings, Jimmy Taylor was making one last stop in Stillwater before heading home to Berlin, Oklahoma, in Roger Mills County. Suddenly, family and friends started calling him in a panic. There was a large, untamed wildfire roaring towards his cattle ranch. Winds were gusting more than 40 miles per hour with low relative humidity. These conditions created a perfect storm for an unpredictable wildfire.

Taylor was three hours away from his ranch. As a fourth-generation cattle rancher, it was tough for Taylor to be too far away to help. He says he made the trip home quicker than he ever had, but it seemed like it took an eternity.  At first, he felt helpless. Taylor thought the fire was going to burn his entire ranch, but he soon realized he had all the help he needed through his friends and neighbors.

“I felt panic and wasn’t sure what to do and friends started showing up and I felt like a part of the burden was lifted,” Taylor’s wife, Tracy Taylor says.

Taylor serves as international committee chair on the board of the Oklahoma Association of Electric Cooperatives (OAEC) and as the Northfork Electric Cooperative (NFEC) board of directors’ president. He is also a NFEC consumer-member and appreciates experiencing “Concern for Community,” a guiding principle of cooperatives, firsthand.

“I value living in a community where there is so much support,” Taylor says. “I’m thankful I live in rural Oklahoma where friends and neighbors will come to your aid at the drop of a hat,” Taylor says.

NFEC General Manager Brent Meador was one of the first on the scene to help Taylor in his time of need. In addition to being a manager, Meador is also a cattleman.

“It was a horrible day, but we were fortunate,” Meador says.

Wildfires can change directions at any time, which makes it difficult to move cattle to safety. Taylor says they didn’t want to move the cattle too quickly because they might move them into a worse situation. Fortunately, the fire did not reach the location they chose and they were able to get all of Taylor’s cattle out of harm’s way.

NFEC has 31 employees, and nine of them serve on rural fire departments in the NFEC service area. These employees were not able to participate as firemen that day, however, because they were there to make sure the power lines were safe and were waiting to begin restoration, Taylor says. The wildfire burned well into the night, destroying eight utility poles. Despite many challenges, the lineworkers had the eight poles that were lost back up by noon the next day.

Another NFEC board member who came to the rescue was Bandy Silk, who is also a volunteer fire chief at one of the rural fire departments. When Silk became aware that the fire was headed towards Taylor’s ranch, he took half the task force and started sprinklers in Taylor’s yard to help prevent the wildfire from reaching Taylor’s house.

Taylor says it can be difficult to prepare for a wildfire because ranchers must stockpile grass and hay for the winter, which can also be a fire hazard. Fortunately, Silk helped ensure Taylor’s hay did not burn. Silk says the wildfire season has been worse this year than it has been the last two years.

“It was one of those that put a little fear into you—it was not your typical fire,” Silk says.

Taylor is grateful that the wildfire only burned about 1,000 acres of his 12,000-acre ranch. He says his property is safe today because of all the neighbors who came to his aid. Taylor encourages others the best way to prepare for a wildfire is to support local rural fire departments.

Silk says he appreciates how farmers and ranchers are proud to serve their communities.

“It’s amazing what kind of fires you can put out with that kind of people being out there,” Silk says. 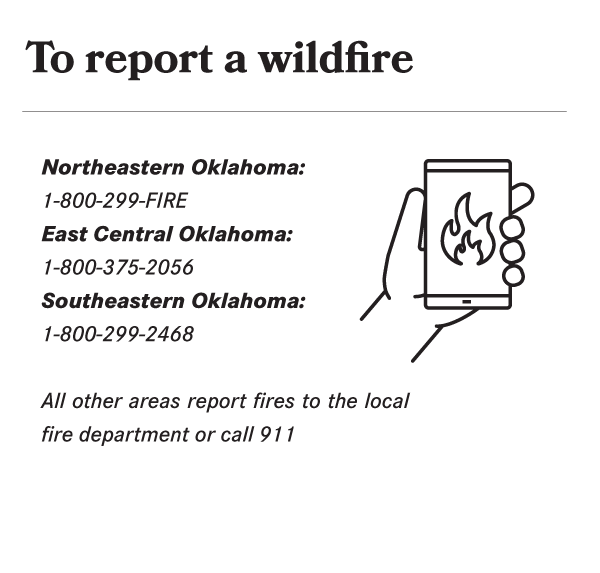 According to Oklahoma Forestry Services, wildfires can threaten lives, homes, communities and resources, and it is vital to understand the risks and precautions. A current Oklahoma Fire Situation Report with information about weather conditions, burn bans and how to safely conduct a prescribed fire can be found on their website.

Oklahoma Forestry Services work alongside of and assist the many fire departments in the state by providing funding opportunities, equipment and training to help equip Oklahomans with increased wildfire safety abilities.

For more information about wildfires and how homeowners, community leaders, fire departments and decision-makers at all levels can work together to reduce wildfire risk, visit https://ag.ok.gov/wildfire-information/.