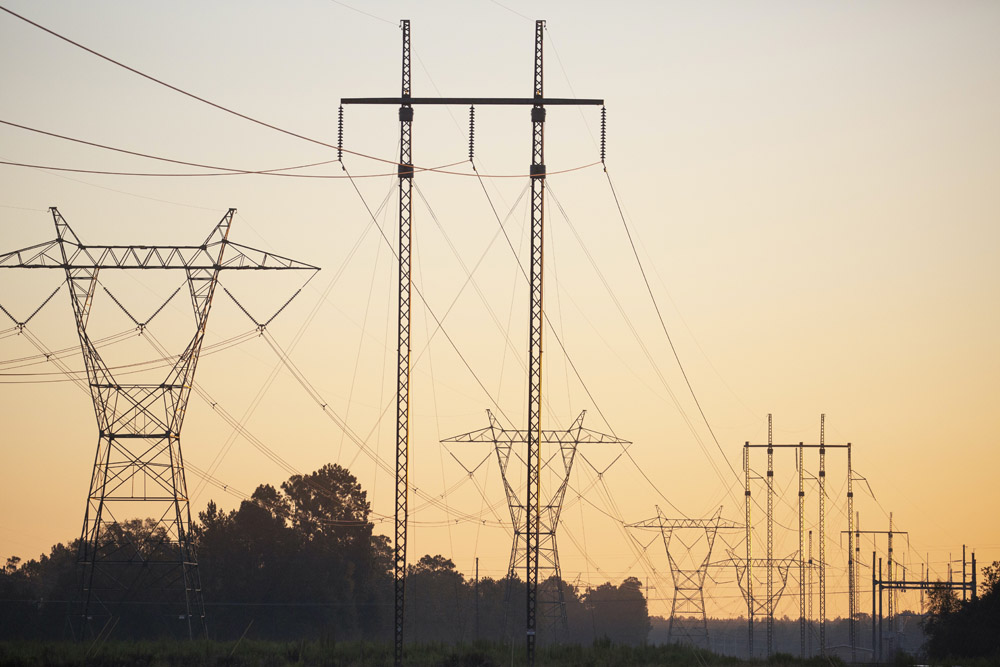 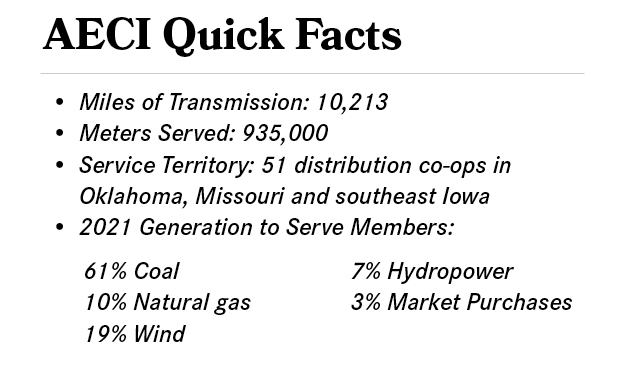 Nine distribution electric cooperatives in Oklahoma keep the lights on for their consumer-members through their membership in KAMO Power, a generation and transmission cooperative (G&T) based in Vinita, Oklahoma. KAMO Power is one of six G&Ts in the region that own Associated Electric Cooperative, Inc., a cooperative organization responsible for the generation of affordable and reliable electricity for their G&T consumer-owners, which in turn serve distribution co-ops that directly serve consumers.

The G&Ts that own Associated collectively serve 51 distribution electric co-ops in Iowa, Missouri and Oklahoma. KAMO Power serves a total of 17 distribution co-ops in Oklahoma and Missouri (see map provided).

In 1961, these six G&Ts combined generation, transmission and resources to create a co-op that would provide a robust wholesale power supply.

While not a regional transmission organization (RTO), such as the Southwest Power Pool, Associated serves as a balancing authority, which ensures that energy supply and demand are adequately balanced. Balancing authorities are responsible for maintaining operating conditions under mandatory reliability standards issued by the North American Electric Reliability Corporation (NERC) and approved by the Federal Energy Regulatory Commission (FERC).

A few of the benefits KAMO Power receives through its participation in the Associated system:

• Three-tiered Cooperative Organization: The three-tiered approach is based on the co-op business model of distribution electric co-ops (first tier) owning their generation and transmission co-ops (second tier), which came together to own the wholesale generation cooperative (third tier). It’s a demonstrated approach of co-op ownership with each tier commiteed to each other through contracts. The KAMO Power board is comprised of one trustee from each of the 17 member cooperatives. The board of directors at Associated is comprised of the general manager for each G&T as well as one designated trustee from each of the G&Ts’ boards. “By following a cooperative-led approach, we maintain autonomy and independence on behalf of our members,” Ted Hilmes, KAMO Power CEO, explains.

• Functional Expertise: Under this arrangement, each tier focuses on its core competencies. KAMO Power remains focused on the safe, reliable operation of its transmission lines and substations for the benefit of its members and the region. KAMO manages the power supply arrangements for its members through participation at the Associated board.

• Economies of Scale: By retaining co-op control, Associated and their G&T members maintain lower regulatory and administrative overhead while maximizing efficiencies. The three-tier system benefits from economies of scale. The board of directors sets Associated’s wholesale power supply rates, balancing members’ need for low-cost, reliable power while keeping the co-op financially strong. The combined transmission system of the six G&T members provides significant capacity and geographic scale, as well as numerous interconnections to other electric markets and utilities.

• Market Operations: Associated buys and sells from the energy market, like RTOs and other balancing authorities do; however, Associated’s primary responsibility is to ensure their member energy needs are always met first with low-cost and reliable energy. “If Associated can buy lower cost energy from the market or sell excess energy into the market for a good price, they will do it with any profits from the transaction coming back directly to keep rates low for our members,” Hilmes says.

Looking ahead, Hilmes says one of the electric industry’s greatest challenges is to address the adoption of non-dispatchable generation, which are renewable sources such as wind and solar, in a way that does not compromise the critical reliability consumers depend on. “We need time, investments to transmission and the needed new technology to either integrate renewable resources or develop new dispatchable generation resources in a way that keeps energy affordable and reliable for the consumer at the end of the line,” Hilmes says.

To learn more about KAMO Power and Associated Electric, visit: kamopower.com and aeci.org. 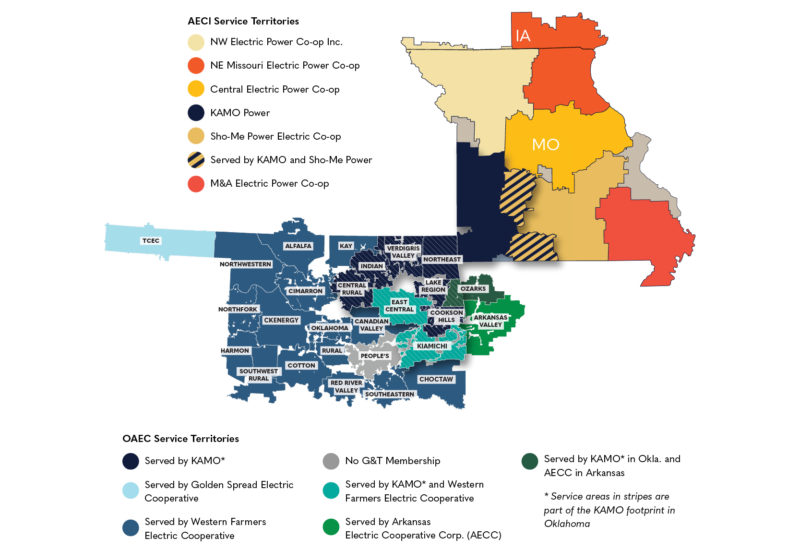 Understanding SPP and its interconnection to Oklahoma’s electric co-ops

Back to all stories