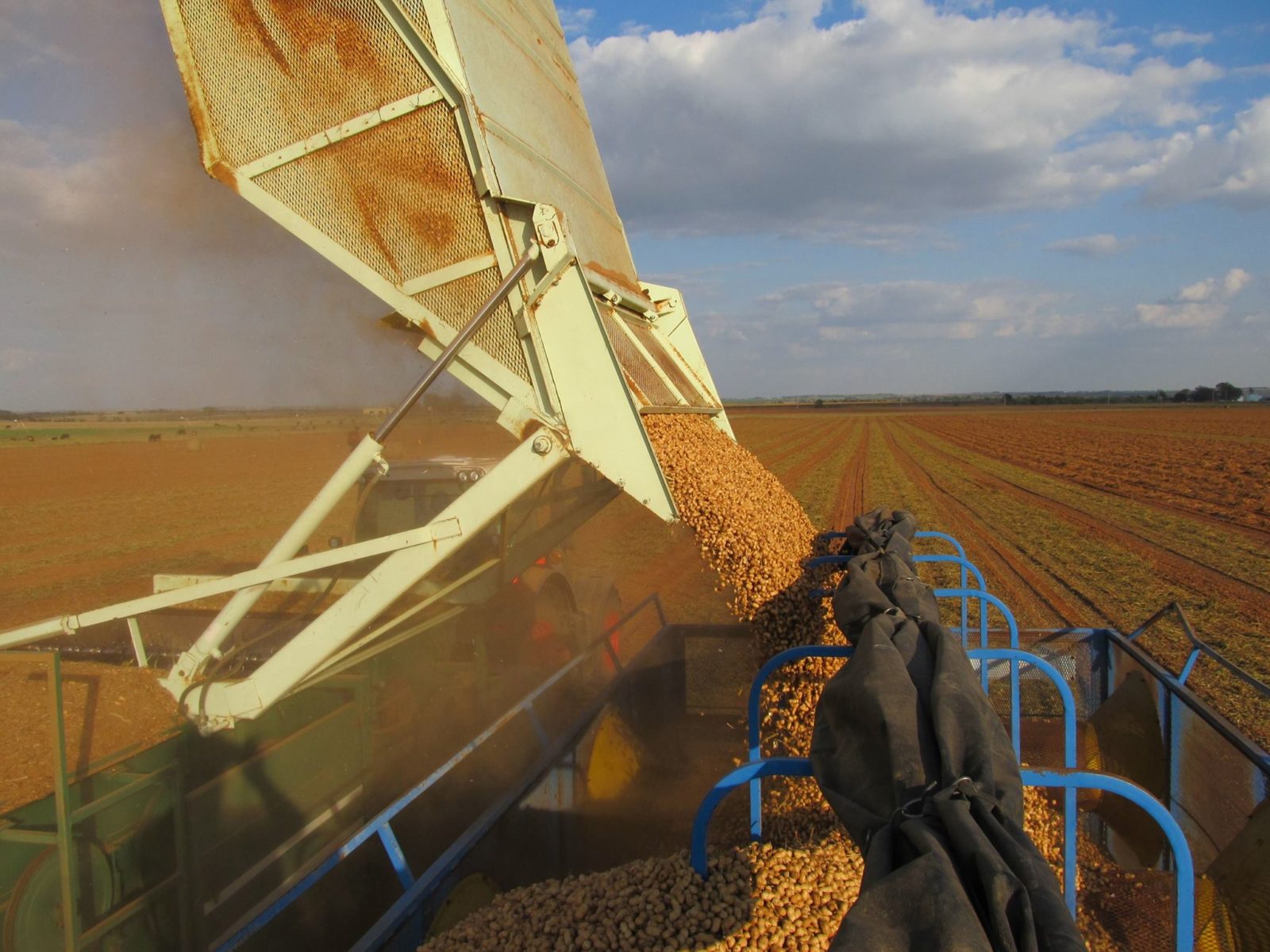 Oklahoma families carry on heritage through fresh, locally grown peanuts both on the farm and in the kitchen

From baseball games to airplane travel, peanuts have long been the choice to power up since George Washington Carver unlocked more than 300 uses for the nut.

Oklahoma became a commercial crop farmer of the legume, also known as “goobers,” after the Civil War. Although production has declined following changes in federal subsidy programs, Oklahoma remains in the top 11 producing states nationwide.

According to the Oklahoma Peanut Commission, in the last 20 years the peanut acreage planted in Oklahoma has decreased by about 80,000 acres. From year to year, Oklahoma still pulls in a mighty peanut crop. Due to irrigation innovations, each acre can yield about 3,500 to 4,000 pounds of peanuts.

Peanut farming has been the way of life for farmer and CKenergy Electric Cooperative member Loyd Lasley. His grandfather planted his first peanuts in 1936. Twenty years later, the family partnered with the Oklahoma Crop Improvement Association to grow “foundation seed” which saw great success for more than four decades.

When the federal peanut subsidy program changed in 2001, Lasley knew there wouldn’t be as much demand for foundation seed, because of significant price drops. However, he had an idea to keep the farm going. The family knew how to grow peanuts—why not start cooking them?

After much research and certification, Lasley’s parents, Esthel and Zelma Lasley, turned their home into the “peanut kitchen.” The family now offers nine different products from specialty roasted peanuts to peanut brittle and cinnamon crunchy peanuts.

“When Zelma adds vanilla to the boiling pot of brittle it makes you want to eat the air,” Loyd Lasley, manager, says.

“Our peanut butter is pure peanuts,” Harmon Electric Cooperative member and owner Stephanie Snider says. “No preservatives, no extra sugar, nothing added into it. I get a lot of joy when older people tell me it sticks to the roof of their mouth like it used to when they were kids.”

Selling shelled peanuts and peanut products has been a natural next step for Oklahoma peanut farmers. The Lasleys say they enjoy the chance to meet customers and welcome them to the family farm to help educate the public on how peanuts are grown and harvested.

The entire process from planting to harvesting takes about five to six months. When consumed in moderation, peanuts are a healthy source of essential vitamins and minerals. Their makeup also includes a good combination of protein, fiber and unsaturated fat.

To learn more about peanut farming in Oklahoma, visit www.okpeanutcomm.org.