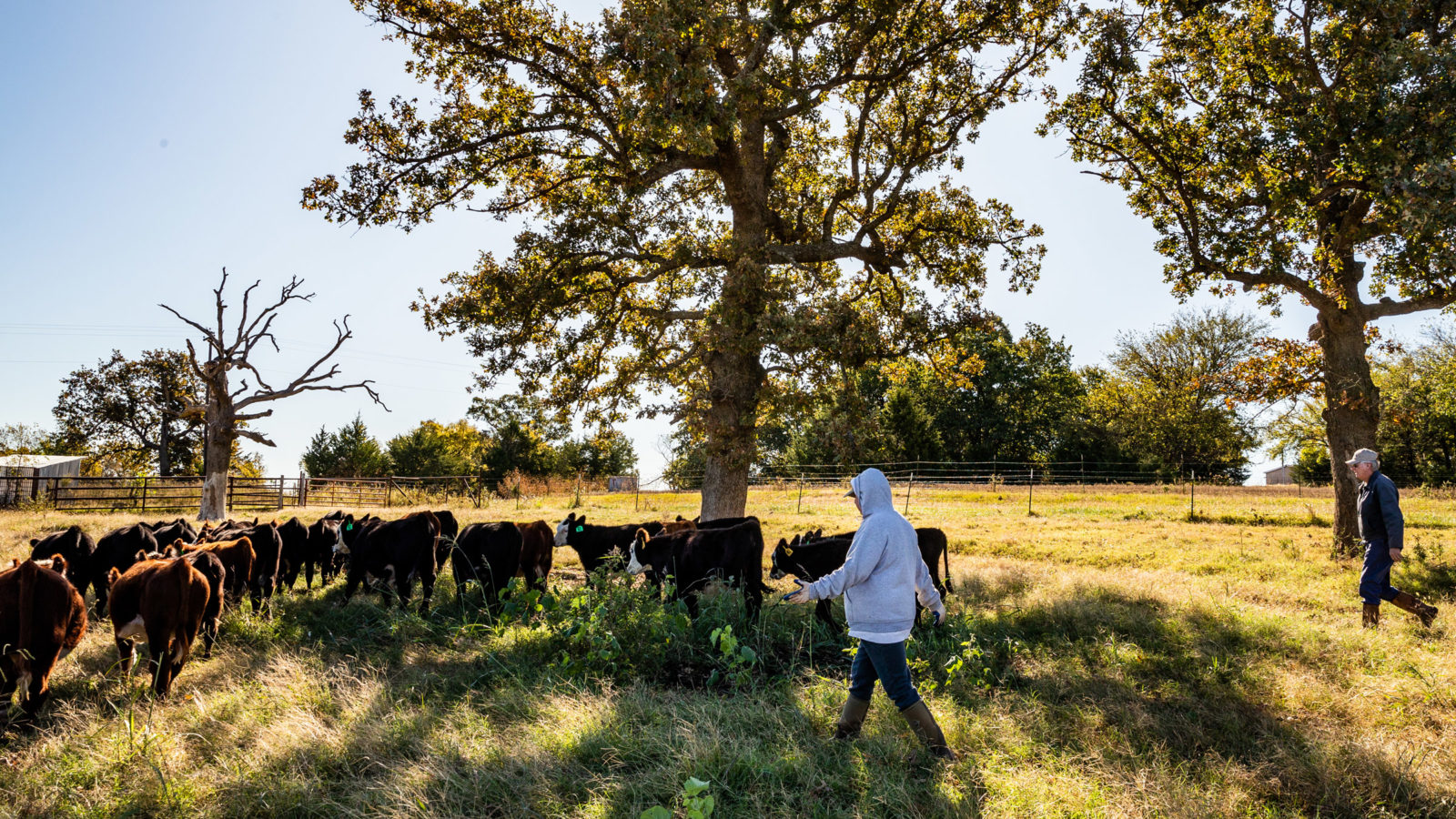 Noble Research Institute serves farmers and ranchers with a focus on regenerative ranching.

William and Karen Payne purchased 900 acres near St. Louis, Oklahoma, in 2006. The land was thick with eastern red cedars and other brush, but it was thin on grass—a sign of overgrazing and overall poor soil health.

Many people said they would never make a productive operation out of the land, which they called Destiny Ranch. However, after only a few years of clearing the overgrowth of trees and gradually adding cattle based on what the land could support, the ranch has grown into a successful cow-calf operation with beef retail locations in Norman, Shawnee and at the ranch.

From the beginning, the Paynes, who have been members of Canadian Valley Electric Cooperative since they moved to the ranch in southeastern Pottawatomie County, were focused on their soils and gaining back grazable acres.

With the help of Noble Research Institute, they identified which plants they had and developed a grazing program that balanced the needs of the forages and the cattle. Their cattle became natural fertilizers, and the Paynes gave the land the rest it needed to ensure the grasses would grow back consistently strong. In the past 10 years, they have seen soil organic matter levels increase by 200%.

“We made it a point back in 2009-2010 to make sure we never see bare ground on our ranch,” William Payne says. “One of the things we learned was if we graze too heavy, the grass may green up in spring but it doesn’t produce as much.”

They’ve gone from “a ranch with no grass to a ranch with abundant grass” even in times when their neighbors are struggling with drought, such as in 2011. They also no longer cut or purchase hay or fertilizers.

“It’s a huge advantage each day knowing that by taking care of the soil we have been able to increase grass production, which in turn allows us to increase pounds of beef produced per acre,” Payne says. “Our relationship with the Noble Research Institute was critical to our journey.”

For 75 years, Noble has worked directly with farmers and ranchers through the offering of consultation and producer education as well as the conduct of research to deliver solutions to great agricultural challenges. In early 2021, the organization announced it would focus its entire operations on regenerative ranching.

Noble plans to serve more ranchers like the Paynes, across the nation, acting as a guide for them on their regenerative ranching journey.

“Regenerative agriculture is the next step in the land stewardship journey wherein ranchers reduce their reliance on conventional practices and concentrate on restoring the soil,” says Steve Rhines, president and CEO of Noble Research Institute.

In addition, landscapes comprising diverse plant life increase opportunities and habitat for wildlife and pollinators. The introduction of managed grazing animals stimulates plant growth, recycles nutrients to the soil, and enables the energy of the sun to be converted to a nutrient-packed protein source for human consumption via plants that are otherwise inedible by humans.

Working directly with farmers and ranchers, Noble’s consultants, educators and researchers seek to overcome barriers that deter farmers and ranchers from adopting and using regenerative principles. The organization has committed its 14,000 acres of grazing lands and livestock operations to provide education and demonstration for supporting others’ transitions from conventional to regenerative management.

“For Noble, we see having a successful operation and improving the land as interconnected and interdependent objectives,” Rhines says.

For more information about regenerative ranching, go to www.noble.org.