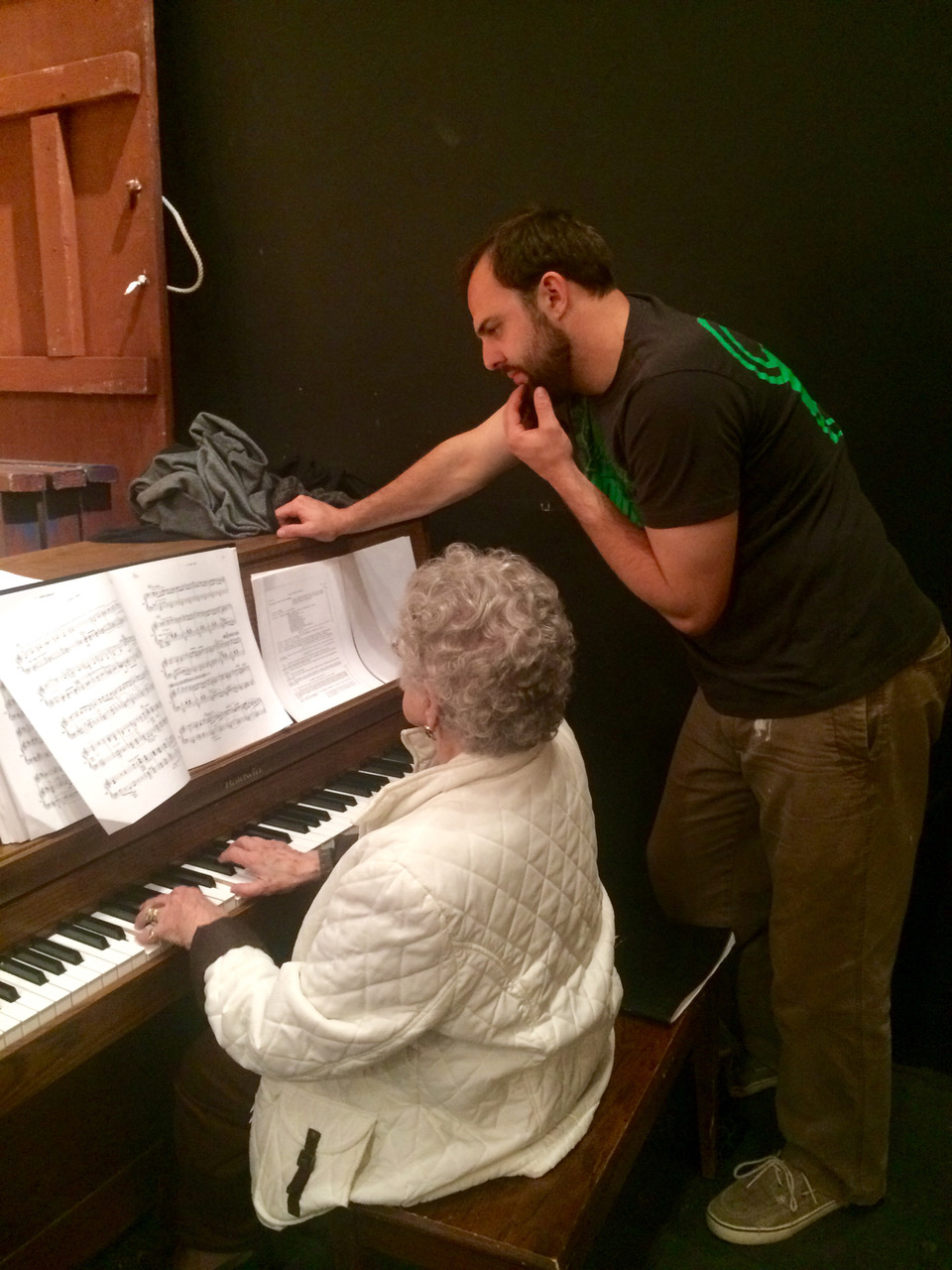 No matter how remote, community theater enriches living in Oklahoma

Don’t let the remote location fool you: residents of the Oklahoma Panhandle are serious stargazers. Those wide-open spaces in the state’s northwest are perfect for providing vivid views of celestial bodies, as the skies reveal their nighttime brilliance.

However, there are other “stars” in the Oklahoma Panhandle that catch the eye and the ear, and it doesn’t matter what time of day or night they appear. These are the stars who participate in community theater and other fine arts.

From the Boise City Music Festival in June to the eastern gateway of the Panhandle, where OnStage Woodward’s theatrical group has been an award-winning member of the Oklahoma Community Theatre Association (OCTA), there is a culture base that surprises those who—mistakenly—think the Panhandle is a fine arts wasteland.

“We’re very proud of what we have here in Guymon, in the response to the arts and the diversity of the town,” said Josh Setzer, who’s in his fourth year on the Guymon Community Theatre board of directors.

Guymon, Oklahoma, is a town of just under 12,000 in the middle of the Panhandle, an area served by Tri-County Electric Cooperative (TCEC).

“From the 1950s to the 1980s, Guymon was a happening place, thanks to oil rigs and natural gas. Now, it’s Seaboard Foods, a huge company, wind turbines and tourism, and the town is one of the most diverse cities—percentage-wise—in the state,” Sitzer said. “We have a large Hispanic population, but there is also a growing number of Asian and African immigrants.

“There are some great restaurants that bring in a lot of out-of-state people, and the town and people in the area have supported the arts and our community theater.”

Like many patrons of the arts in Guymon, Setzer—who has been board president, runs the troupe’s website and “is involved in about every production we have”—credits Kristy and Mike Patterson as driving forces in the town’s fine arts.

Kristy Patterson was director when the Guymon Community Theatre Spotlight Players debuted in 1979. That initial production of “Dracula Baby” was performed in a small auditorium, but in 1983 the group moved to the historic American Theatre, a downtown centerpiece.

Consistent renovation has followed, thanks to grants from the Oklahoma Arts Council and other entities, assistance from OCTA, the National Endowment for the Arts, private donations and ticket sales.

And as the theater building took form, so did the participation of those stars who twinkle on stage in productions like this year’s bill, which has already featured “Best Christmas Pageant Ever!” and “Guys & Dolls,” with “Romeo & Juliet,” the troupe’s first Shakespearean play, coming up in May.

“We never have a shortage of female members for our shows and we always have a lot of kids involved,” Setzer said. “Our casting has had some issues filling male roles, but when we did ‘Paint Your Wagon’ last year, I had to say ‘no’ to some people because of the response at the audition. That’s never happened before.

“We draw cast and production people from Stratford, Goodwell, Texhoma, Hooker and Hardesty. There are a lot of actors available.”

Why is that? In Oklahoma and nationwide, why are there so many folks of all ages who want to participate in community theater groups?

How come a guy who spends the day as a plumber—in Guymon or Oklahoma City or McAlester, Oklahoma—will win the role of Elwood P. Dowd in “Harvey” and then spend six or eight weeks preparing to give four performances for which he’ll receive no pay?

What motivates a woman in Owasso or Enid or Clinton, Oklahoma, to put in a day’s work as a bank vice-president, go home and feed her children and then head to a casting call with hopes of winning the role of Shelby in “Steel Magnolias?”

“Even if you’re an adult, it’s so much fun to pretend you’re a different character; to take on another persona and perform in front of friends,” said Sharon Burum, who is a longtime member of Duncan Little Theatre (DLT), which is celebrating its 35th year since being reorganized in 1981. DLT is located in Rural Stephens County and parts of Duncan, Oklahoma, are served by Cotton Electric Cooperative.

“I’ve done theater most of my life,” she said, “and one thing I like about it is that people in all walks of life can come together and work together to make things come alive on stage.”

A retired Duncan school teacher, Burum is a past president of DLT and is in a second go-round as a member of the OCTA board, having served twice as president of the statewide organization.

Her husband, Randy, has worn many hats with DLT, including playwright of several productions in the group’s Evening of Shorts.

“Being in community theater gives you a chance to experiment with many facets of production. It’s not only acting that causes people to participate. Some of them will be directors or producers. Some of them work on stage managing or creating sets and props,” Sharon Burum noted.

“There’s also a sense of immediacy in acting, getting feedback for something you’ve done. But the main thing is: Community theater is fun, exciting and rewarding. And there are those times you’ll find someone with undiscovered talent, which is really a wonderful experience.”