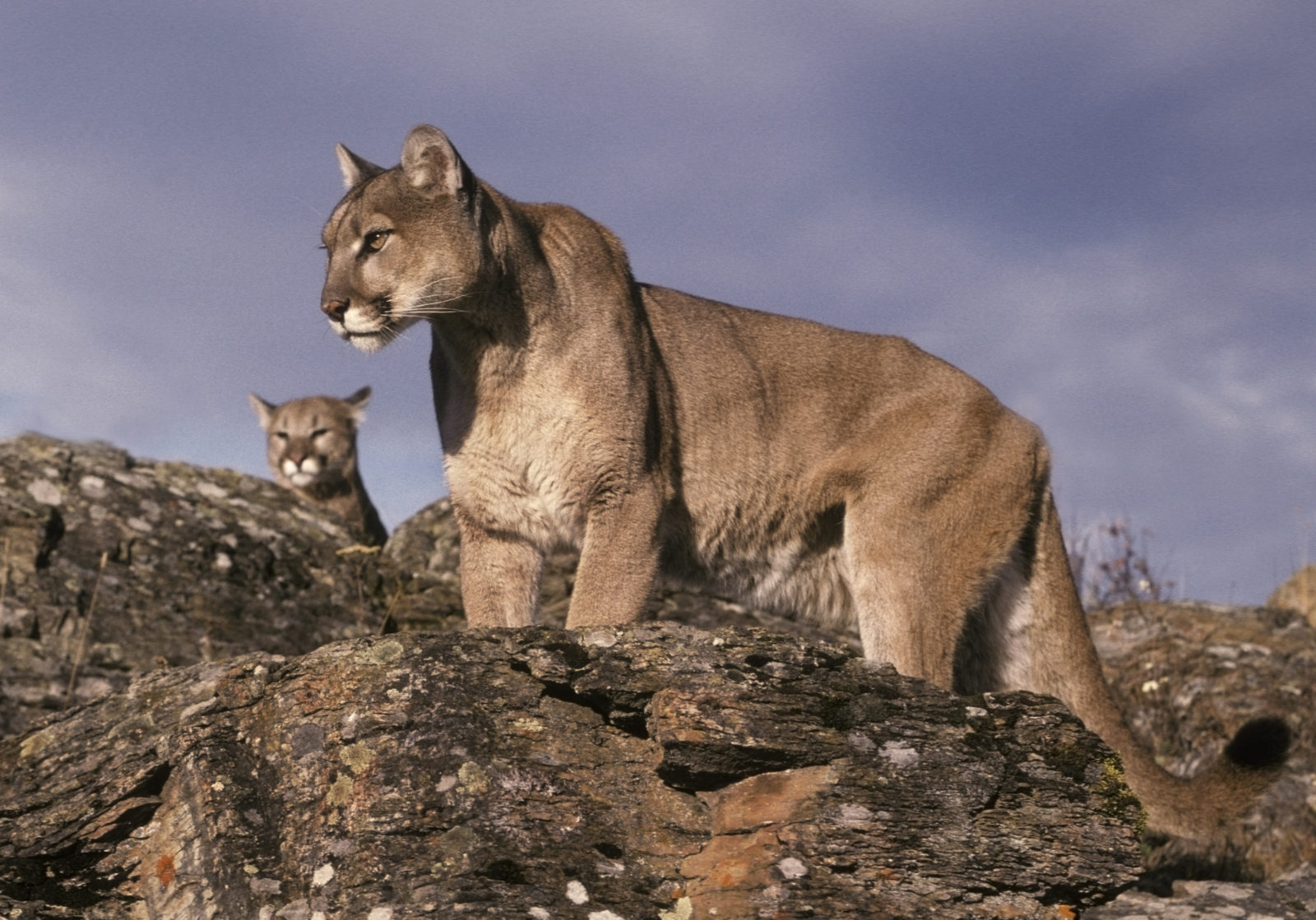 Are mountain lions returning to Oklahoma?

Luther, Oklahoma, is home of the Luther Lions and other lions—as in mountain lions. Sightings of the elusive big cats are common chitchat among locals in this tiny central Oklahoma community. It seems most everyone knows somebody who’s seen one. The husband of a local store clerk claims to have seen a female cougar with two cubs a few years back. A couple of regulars at the local diner spotted one along the banks of the Deep Fork. One resident glimpsed a cougar leaping over a fence on her way to work, while a woman north of town swears a mountain lion passes through her property every October. Here, there and everywhere, mountain lions or lion-like creatures.

It’s not all hooey. The Oklahoma Department of Wildlife Conservation (ODWC) reports 27 confirmed reports of mountain lions in Oklahoma since 2000; four occurred in 2015 within a 60-mile radius of Luther. Wildlife officials later attributed these sightings to one animal. While that mountain lion seems to have disappeared, seven reports this year confirm the presence of a big cat in Cimarron, McIntosh, and Custer counties.

Wildlife officials consider a valid report to be a photograph, tracks, hair, or scat that indicate the presence of a mountain lion. In 2015, two landowners northwest of Luther captured the unmistakable image of a mountain lion on trail cameras they had erected on their properties.

“We saw it on our camera, and our neighbor also got a picture. I think it was the same night,” Jo Westermeir says.

The avid hunter says it may be her first photo of a mountain lion, but it’s not her first sighting. While driving the school bus for Luther several years ago, a female mountain lion and a cub crossed the road ahead of her. Could it have been a bobcat?

“I know what I saw,” says the matter-of-fact Westermeir. “They’re here.”

At ODWC, Jerrod Davis, fur-bearer biologist, tracks the growing database of mountain lion visits. The ODWC provides a webpage where residents can report mountain lion sightings, as well as tracks, scat or other signs such as a deer kill. After reviewing the information, Davis decides if a closer investigation is necessary. He admits most reports, even eyewitness accounts, are later attributed to other animals such as a coyote or a bobcat. Some are hoaxes, he says, but now and then it’s the real deal.

ODWC officials take mountain lion sightings seriously, but not because they view the animals as a particular threat. As an apex predator, mountain lions can prey on livestock, but their preferred food source is whitetail deer, Davis stresses. Of Oklahoma’s visiting cougars, only three are blamed for livestock losses. The most recent incident occurred in April when officials from the Oklahoma Department of Agriculture shot a male mountain lion in Cimarron County after it killed three sheep.

Department officials believe most mountain lions spotted in Oklahoma are juvenile males who, after separating from their mothers, seek to establish territory or are pushed off their home turf by older, more dominant males. That doesn’t mean Oklahoma is off bounds for the fairer feline sex, though. In 2011, authorities captured a female mountain lion in a north Tulsa neighborhood. They eventually relocated the animal to a zoo in Independence, Kansas. A DNA sample later linked the animal to mountain lions in South Dakota.

Wildlife officials extract DNA samples whenever possible to provide clues to an animal’s origins. DNA retrieved from lions captured or killed in Oklahoma shows two are traceable to lions in South Dakota, two to Colorado, and one to Nebraska. Research has shown that big cats may travel hundreds of miles in their search for a new home.

The mountain lion spotted in Crescent, Luther, Tecumseh, and Maud in 2015 is believed to be a transient. Interestingly for wildlife officials, that cougar appeared to be migrating toward the east.

“Typically, we would expect it to head westward,” Davis says. “New Mexico and Texas have a well-established population of cats and good habitat. So far, we haven’t seen too many in the eastern and southeastern portions of the state.”

Until the 1800s, mountain lions thrived in Oklahoma, but as human settlement expanded and the deer population dwindled, the big cats all but disappeared.

“When the primary food source goes away, the big predators go away, too,” Davis explains.

While some states allow mountain lion hunting, Oklahoma regulations make it illegal to kill a mountain lion unless it poses an immediate threat to humans, livestock or domestic pets. Violators face stiff fines of $750 to $1,250 for illegal harvest, plus court-ordered restitution of $2,000 to $5,000. The regulations serve to protect mountain lions as well as the general public.

“If everyone shot at what they thought was a mountain lion, we’d have a lot of dead dogs,” Davis says.

With Oklahoma’s diverse habitat and robust deer population, parts of the state could easily support a mountain lion population, Davis adds, but wildlife officials prefer to leave that decision to Mother Nature. To date, the ODWC has no hard evidence of mountain lions establishing territory or reproducing here.

“We’ve had a lot of animals pass through, but whatever it is they’re looking for they aren’t finding it,” he says. “With all the trail cams out there nowadays, if they were establishing territory, I think we’d see some type of pattern developing.”

In the meantime, wildlife officials will continue to monitor visits from the stealthy ghost cats. Residents are encouraged to report sightings and other evidence at https://www.wildlifedepartment.com/mountainlion.

Category: Oklahoma Stories
Back to all stories
Mountain Lion (Felis concolor) Cougar or Puma. Mountain Lions are usually solitary animals that feed in the early morning or evening. Often sibling groups may stay together for a year or two after leaving the parent. Their diets consist mainly of Deer but may include rodents and hares. Range