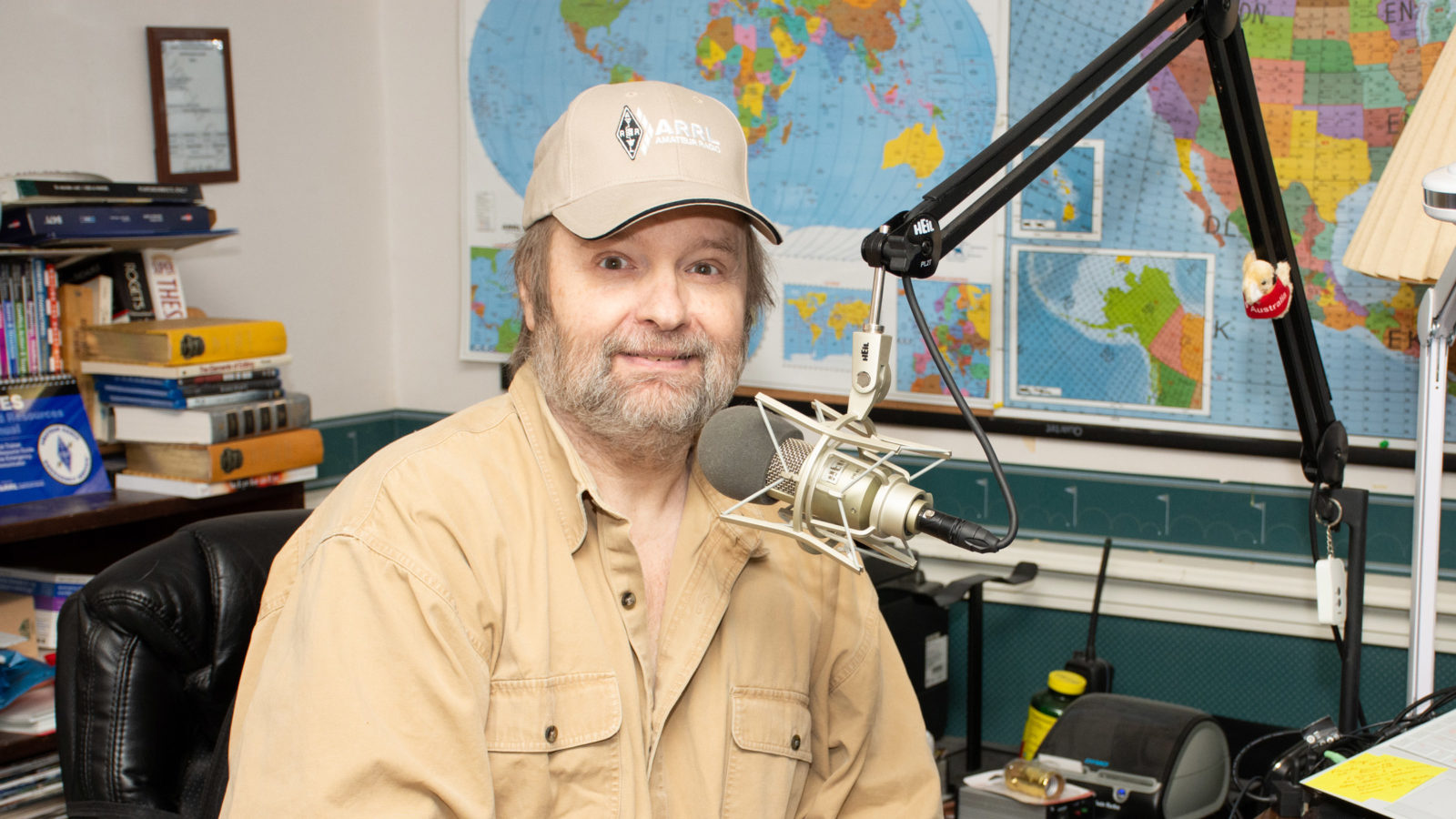 “It doesn’t cost a thing after you own all the equipment,” Adkins says. “If you have a generator, even if all the power lines are down, you can still operate.”

Being able to operate when the power goes out is a “huge public service,” Adkins says. He explains that ham radio operators assist in reporting weather events to the National Weather Service and they provide communication to the general public during times of emergency. “It’s what we do.”

The fun side of ham radio operation includes being able to talk to people all over the world. Ham radio operators track contacts they make and Adkins is genuinely excited when he reports that he has talked to folks in all 50 states, China, Russia, Brazil, Germany, Pakistan, and Hong Kong. Adkins has logged contacts in all 50 states three times over, a feat he says is “wicked hard to do.”

Although Adkins lives in Norman, he points out that there are many advantages to living rurally and using ham radio—for instance, it provides the opportunity to place a taller tower than is permissible in town. The taller the radio, the farther its reach.

Ham radio operators regularly serve as storm reporters. When operators witness a weather event, they call into radio stations that dispatch chasers and helicopters. Hams also help report on wildfires and winter storms, and they even help out at civic events such as running the checkpoints at the Oklahoma City Memorial Marathon.

During an emergency, the American Radio Relay League (ARRL), the ham radio umbrella organization will, “send ham radio operators into the field to go troll the country and compile lists of survivors and deceased and call for help for those who need it,” Adkins says. “Ham radio operators are the ones actually in the community.”

Randy Wing has been a ham operator for over two decades. He formerly organized severe storm spotters in Kansas and is now doing the same in Oklahoma. When he first moved to Kansas and Oklahoma, he says he was concerned that tornadoes would impact his life in some way. After earning his ham radio license, he became a member of SKYWARN and volunteered to help organize ham radio operators.

“When I first started thinking about giving back, I never got excited until I realized that I could blend my ham radio skills, interest in weather and wanting to help others,” Wing says. “It is a lot of fun. I find it enormously rewarding.”

Michael Dean has been in radio since 1958. He started working at a radio station as a teenager and his interest blossomed. In the past, as part of a spotters’ school, he taught hams how to easily understand what they were seeing and what it meant so they could accurately relay that information to weather reporters.

“Our guys are out there every time it clouds over when there’s a watch. They are out there spotting and informing the National Weather Service what they’re seeing. Having eyes on the ground and being able to talk to people back in the weather office are critically important,” Dean says.