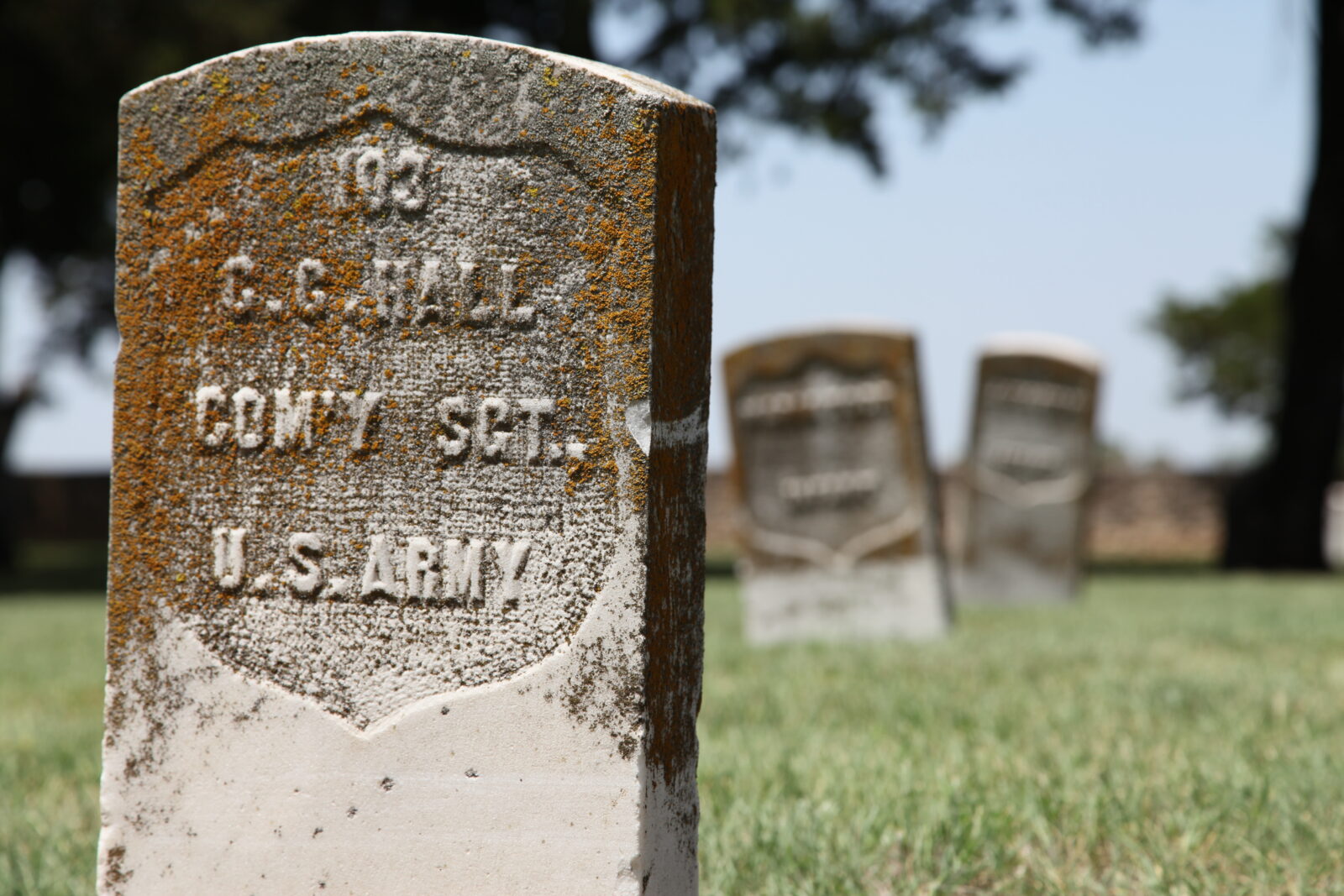 History clings to Fort Reno like a phantom; whether visitors take that literally or figuratively is up to them. The fort, located just outside the town of El Reno, Oklahoma, on CKenergy Electric Cooperative lines, is marked not only by its rich history, but also by the paranormal experiences visitors claim to have there. Wendy Ogden, director of Historic Fort Reno, believes that whatever attracts visitors, the experience is valuable.

“History is fading,” Ogden says, “and so much of history has been removed from society.”

But at Fort Reno history remains alive in a very tangible way.

Throughout its history, Fort Reno has acted as an intersecting point for significant events. Established in 1874 as a military camp during the Indian Wars, the fort had a hand in the oppression of local Native American tribes. Though it was intended to create peace in the area, as well as to educate and westernize the people who lived there, their attempts often resulted in battles and loss of life. Highlights of the fort’s history also revolve around the Buffalo Soldiers stationed there, as well as its renowned cavalry, and the role the fort played in regulating the land runs in 1889 and 1892. Later, during World War II, Fort Reno served as an internment work camp for German prisoners of war. It’s these points in history that act as the backdrop for the stories told at Fort Reno today.

Walking around Fort Reno on a slow day, when visitors are sparse, the fort seems empty and eerie. There are a lot of unoccupied spaces; gaps just asking to be filled by the imagination. And fill in those gaps, people do. Ogden says visitors claim to have experienced everything from voices, to tugs on their hair, to full on apparitions vanishing into mist. She suggests going through photos taken at the fort to search for anything strange.

While some visitors come for the explicit purpose of ghost hunting, others aren’t so easily convinced. Joshua Reed, a first-time visitor to Fort Reno and member of CKenergy Electric Cooperative, says the only ghost at Fort Reno is the history itself.

Though the supernatural elements may draw visitors in, it’s the history of the fort that Ogden herself values.

“I love being able to educate patrons from all over the world about the amount of history here,” she says.

She dedicates her time to keeping the stories of Fort Reno alive and vibrant through educational exhibits, events and programs. There are several structures to explore at Fort Reno, including the U.S. Cavalry Museum, the chapel built by German prisoners of war, and the hilltop cemetery. The fort is open seven days a week, from 10 a.m. to 4 p.m., for visitors to explore at their leisure. For a more in-depth experience, guided tours can be booked in advanced by calling the front desk. The fort also hosts periodic events throughout the year. The ever-popular spirit tours are held once a month and include dinner and a lantern-lit walk up to the cemetery, where costumed historical reenactors tell stories of the people buried there. The annual candlelight tour similarly features lantern-lit walks and historical reenactors playing out various scenes from the fort’s history. The National Cavalry Competition, held in September, is another annual event for the fort. Active duty soldiers come from all over the United States, dress up in costumes from various time periods, and compete in cavalry events. For updates on other Fort Reno activities and events, visitors can follow their calendar of events online at www.fortreno.org or on Facebook at www.facebook.com/historicfortreno.

Whether it’s phantoms haunting Fort Reno, or simply the rich history that lives on in the stories told there, is something visitors decide for themselves. Whatever the case, it’s clear that the history of Fort Reno is alive and well.