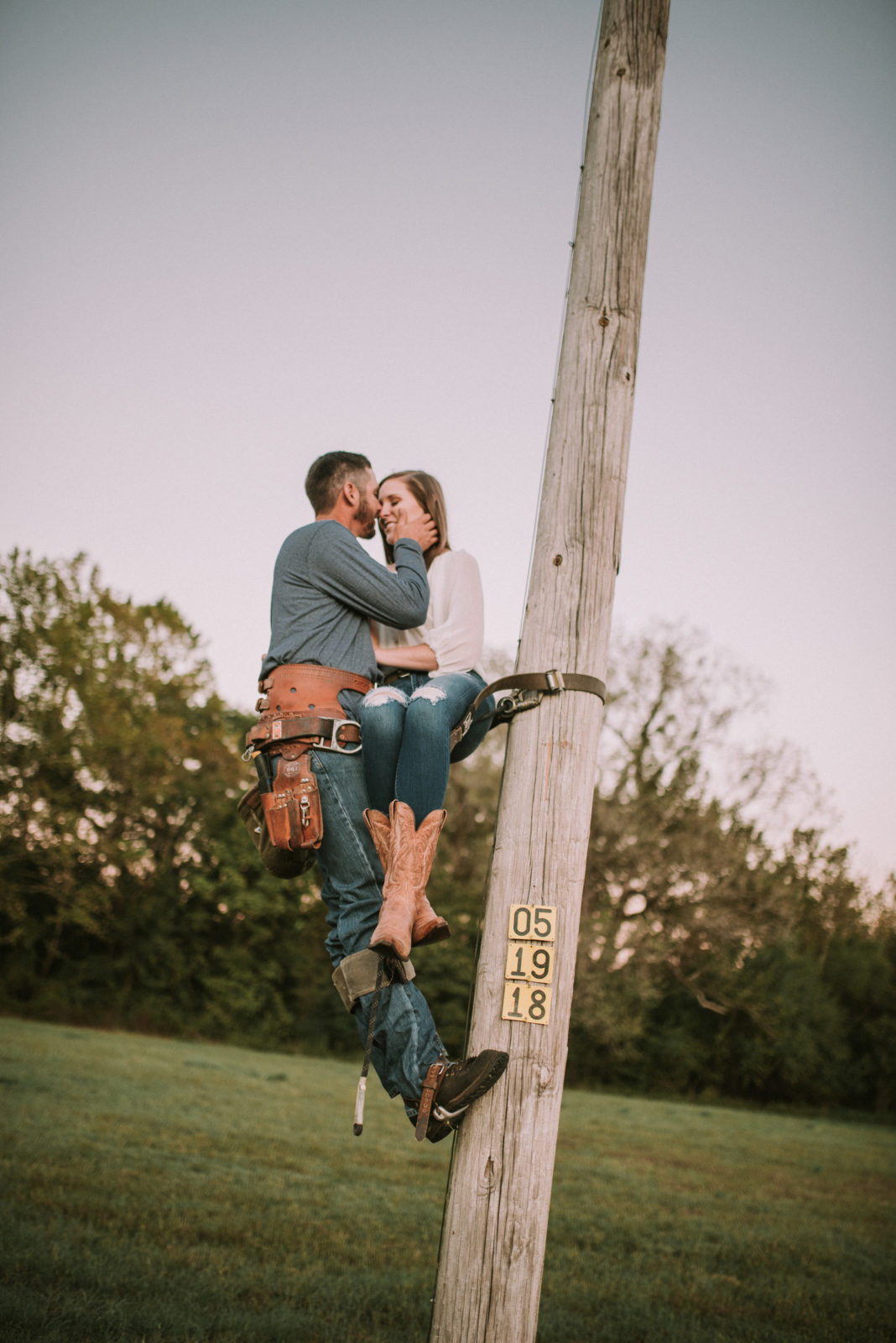 A second chance at a first impression was music to Reese Howard’s ears.

Howard had met Tiffany Nelson at a concert where the two danced the night away. He sought out her phone number a few months later through a mutual friend, and they went to dinner. The timing wasn’t right for Nelson, but after a few more months of texting, she felt inspired to invite Howard to a University of Oklahoma football game.

“He dropped what he was doing and came within 10 minutes,” Nelson says with a laugh. “Being in a natural setting for him, he was more comfortable and I got to see his goofy and generous heart.”

Howard is a lineman for People’s Electric Cooperative based in Ada, Oklahoma. Nelson says she has never met anyone who loves what they do as much as Reese. The couple has been in a long-distance relationship since 2014, and Nelson has learned to adjust to the challenging demands on Howard’s work and personal life.

“It can be rough, especially when he gets called out for power restoration,” Nelson says. “I’m constantly waking up and worrying until I hear he’s returned home.”

Long distance will soon end as the couple got engaged in 2017 and is planning their new life together. Choosing a date for a wedding is a tough enough task, but when you throw in Oklahoma storms and anticipating outage-causing conditions, it becomes nearly impossible.

Winter was ruled out for potential ice storms and spring was decided against due to thunder storms. The future Howards settled on May, but the two have their eyes wide open that some of the groomsmen who are also linemen may have to answer the call of duty on their big day.

For Nelson, everything is worth it.

“From the beginning, there was something that drew him to me,” Nelson says. “Because of him, we’re both firm believers in God and all our big moments are because of that.”

A blind date turned into love at first sight for Keith and Keli Jonas.

More than 28 years ago, close friends invited the two over to their home for pizza and card games. The day also happened to be Keli’s birthday, and her heart melted when she drove up to see Keith standing in front of the house holding flowers to mark the occasion.

“He didn’t even know me and there he was being so sweet and so shy; it just melted my heart,” Keli says. “Once I could get him talking I don’t think we’ve quit talking since.”

Keli proposed to Keith three weeks later and they were soon married. Since that first date, the two made a commitment to their relationship. They have two children who now have their own children, and Keith says he’s the “proudest Pops around.” He credits all his professional and personal success to his wife.

“It has been amazing watching her evolve into such a wonderful, loving, and nurturing mother and Mimi,” Keith says. “She truly has the heart of a servant.”

Southwest Rural Electric Cooperative based out of Tipton, Oklahoma, has been a huge part of the couple’s life for the past 15 years. For Keith, his career as a lineman has been demanding and very rewarding and he remains grateful for the opportunities to learn and grow.

“There are no better co-workers and supervisors on the planet,” Keith says. “From the manager to the very last member at the end of our line, SWRE is ‘top notch.’”

Keli says Keith always takes care of his family and ensures they have a backup generator to keep them safe while he is out restoring power for other families. Because of this, linemen are often referred to as heroes, but Keith Jonas doesn’t miss a beat when choosing his.

“I am living the ‘American Dream,’” Keith says. “I have an outstanding wife who has supported me and sacrificed holidays, weekends and date nights. She is truly my sweetheart and my superhero.”