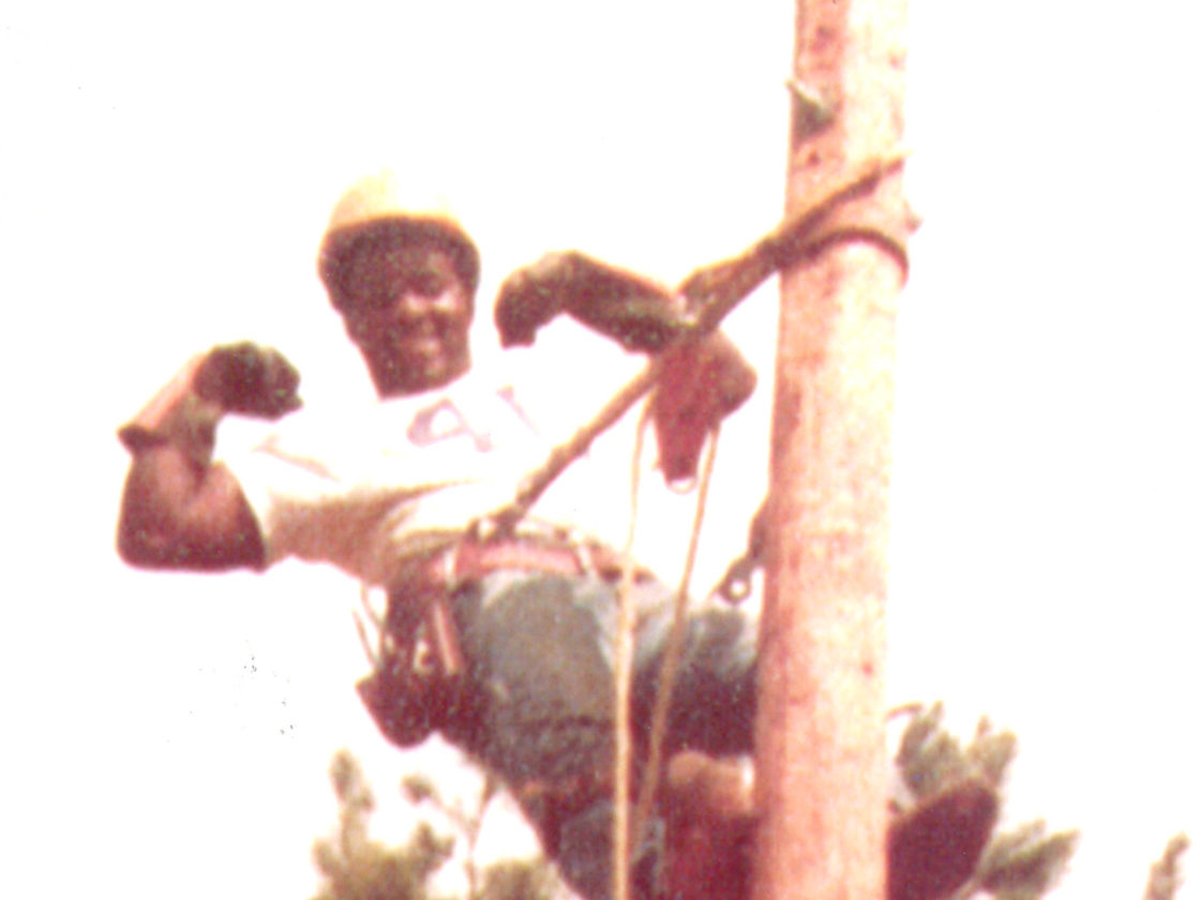 A fulfilling career for Bob Owens

After graduating from Wilburton High School in 1976, Bob Owens was not quite sure what he wanted to do for a living. He inquired about lineman work at his local electric co-op, and after assuring the supervisor at the time that he was not afraid of heights, he applied and was accepted as an apprentice.

“I told them—I was a lineman on the high school football team, so it sounded just fine to keep being a lineman,” Owens said with a smile.

In the 40 years Owens has been with Kiamichi Electric Cooperative, he has enjoyed a variety of job titles including construction foreman, construction superintendent, manager of operations and his current title for the past eight years, manager of maintenance.

He laughed at himself and the memory of climbing a pole for the first time early in his training.

“The guys told me, ‘It’s a good thing you’re strong.’ I guess I didn’t really climb the pole, just pulled myself up with my arms. I wasn’t too good at climbing at first,” Owens admitted.

Born and still residing in Wilburton, Okla., Owens said he has seen a lot of changes in the area, most of them for the better.

“People used to tell me they hadn’t seen a black lineman before, and I would say, well, I am one. Nowadays, I see the difference in people, and I couldn’t ask for a better group of people to be around.”

He believes electric co-ops are important to rural Oklahoma, especially in times like the ice storm of 2000. Hearing people say “thank you” when their electricity comes back feels good, Owens said.

Owens is a long way from his apprenticeship and uses the years of experience to guide others. Now with 12 employees under his direct supervision, he listens to everyone and tries to be fair.

“I think I’m a pretty good boss. I get my cup of coffee and listen to them. I let them bend my ear,” he said.

Brett Orme, Kiamichi Electric’s executive vice president, said along with the years of experience, Owens brings a great attitude to the workplace and co-workers know him for his positive outlook and personality.

“He’s always happy and upbeat. He’s very fun to work with and tease from time to time,” Orme said.

Orme added that Owens is simply enjoyable to have around.

“He’s a great guy, knowledgeable, and gets the job done,” Orme said.

Owens has put in long hours of intense physical labor in his four decades on the job, and he recalled one “close call” in the early 1980s when a hose broke on a bucket truck that was carrying him. Owens noted safety training is an increasingly important priority at co-ops, with policies and training constantly being evaluated to keep employees safe.

The lineman turned manager said he’s thinking about retirement, but won’t say just yet when that will be. In his spare time now Owens takes care of cattle and bales hay on his 20 acres where he lives with his daughter, Bridgette. He plans to keep that up when he decides to retire. When he actually sits down for a rest, he admitted he’s partial to the television show NCIS.

A man with a love of the Jackson Five music he grew up with, Owens said he likes all his coworkers and tries to keep their spirits up any way he can.

“I just keep smiling, doesn’t make a difference the day. And some days I try to moon walk for them,” he added.