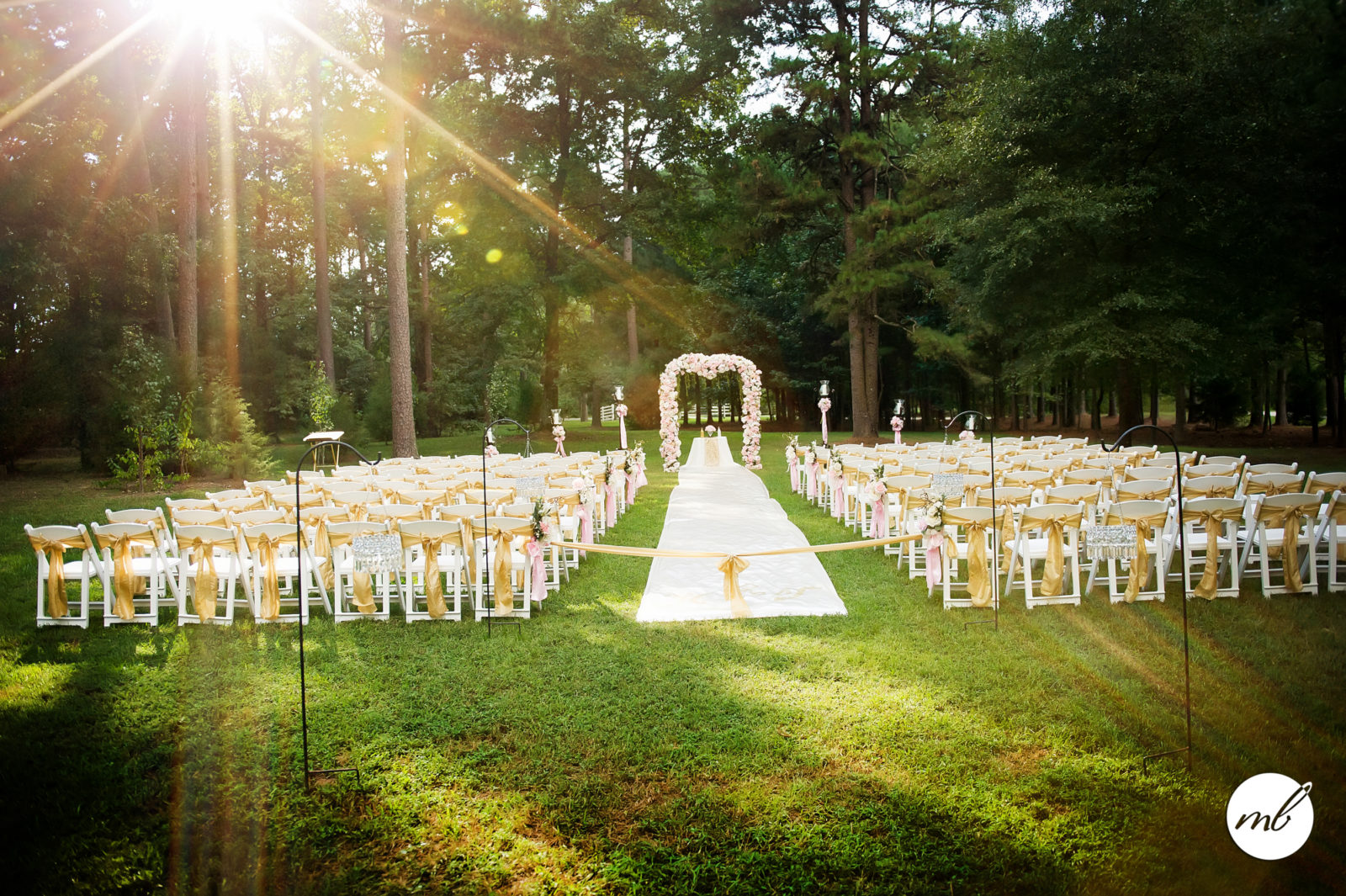 Perhaps not an unusual sight for rural Oklahoma—tall pine trees surround a 115-acre pasture with a ranch house, barn, bunkhouse and tack room. Peggy and Fred Hunt, Choctaw Electric Cooperative members, purchased the property near Broken Bow, about 20 years ago. But in recent years, the Hunts have transformed a portion of their land and buildings into the perfect place to celebrate love and special occasions.

The Hunts were wholesale manufacturers of willow furniture, such as tables, chairs, beds and dry moss topiaries. They had showrooms across the nation and were on the road seven to eight months a year. The furniture was made in De Queen, Arkansas, so Peggy, or as Fred calls her, “the Boss,” had the idea to move to Broken Bow in order to be closer to the manufacturer.

The family moved into the original ranch house, and renovated the property in order to manufacture their furniture and accommodate 25 to 35 employees. But in 2008, the recession hit and the Hunts felt the impact. By 2009, they had lost 90 percent of their sales volume and had to lay off employees. They continued to travel to smaller shows in Oklahoma and Texas to earn a living.

“One day the Boss woke up at 3 a.m. with an epiphany and said, ‘Let’s tear down one or two buildings and build a wedding barn,’” Frank recalled.

This is when the Pasture at Willows Ranch was born. The Hunts began the renovations in January 2013 and finished in April of the same year. On April 20, the first wedding was held.

Meri LeForce’s middle daughter’s was the first to have a wedding at the Pasture.

“The Hunts are awesome people,” LeForce said. “Our daughter wanted to get married in April instead of June and they made it happen.”

LeForce said they loved the venue so much that her youngest daughter had her wedding there as well.

Most weddings take place outside, but in case of rain, the barn can be used. The 4,000-square-foot barn is equipped with heat, air conditioning and restrooms. The bunkhouse makes an ideal accommodation for the bridal party and has rooms to sleep six. The tack room has been turned into the bridal suite. The Hunts’ furniture and antiques provide unique decoration in the rooms.

Fred said weddings can be stressful, but the smiles on the brides’ and their guests’ faces make it all worth it. The Hunts take care of the venue on their own. They groom the 20-plus acres used for venues, keep the buildings clean and make sure everything is ready for their customers.

“Once it’s all decorated and ready to go, it’s unbelievably enchanting—everywhere out there, especially the view is remarkable,” LeForce said.

Alison Davis took her wedding pictures at the Pasture, held her wedding there, and had her son’s 4-year-old pictures taken there. She and her family are planning on having her maternity pictures done there soon.

“The Hunts treat you like their kids or grandkids,” Davis said.

Davis’ wedding was last year, but when she visits, the Hunts always welcome her with open arms.

“We will have our pictures taken there every time, until they kick us out,” Davis said. “It’s a special place for us.”

LeForce said the venue can be anything from elegant to rustic depending on the bride’s preference.

The Hunts work with wedding planners and photographers in the Broken Bow area, but they can plan the wedding or provide the bride with assistance as needed.

“This has taken off much more quickly than we could have imagined,” Fred said. “We had to stop taking reservations at 32 events last year. This year is on track to be cut off at 32 in another couple of months.”

In addition to weddings, the Hunts have accepted reservations for family reunions, fundraisers and a prom.

Category: Oklahoma Stories
Back to all stories
Left: A picture-perfect wedding is held at the Pasture at Willows Ranch.Photo courtesy of Mandy Ballard Photography, http://mandyballard.com/.