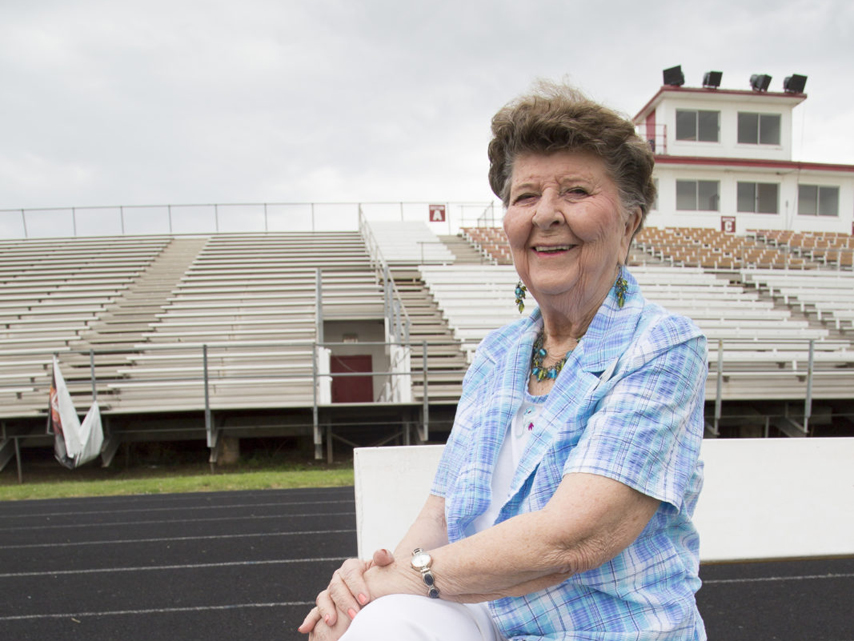 Oklahomans are racing toward healthier lifestyles through the senior games movement.

“When I moved into my retirement home, I thought I would lounge in a La-Z-Boy and nibble on bonbons,” Ball says with a laugh. “Now I live by the motto, ‘Motion is the lotion for the joints.’”

Ball has been involved with the Oklahoma Senior Games for five years. The games are an Olympic-style event for adults over the age of 50. Ball says her grandson, a track and wrestling coach, inspires her to stay active and impress her other grandchildren.

Many athletes recall glory days of high school or college competition, but for Ball, athletics were not offered to girls during the ‘30s and ‘40s at her school. The lack of organized sports, however, didn’t keep her from vigorous exercise.

“I lived on a farm and had a windmill,” Ball says. “I would do chin-ups, hang by my knees and all that.”

Ball has a fan club that includes Oklahoma Senior Games President Tim Rhodes. Rhodes says many people at her gym think she’s only in her 70s.

“Cevilla will be lifting weights and all these big guys will stop what they’re doing and cheer her on,” Rhodes says.

Rhodes began volunteering for the games in 1994, and from then on, he says he was hooked. He has 16 years of building friendship and community with the athletes, and he is passionate that health and wellness can make a huge impact in people’s lives.

Kathleen Fitzgerald, director of the games, strives to get all lifestyles involved in the program.

“Your body was made to move,” Fitzgerald says. “The games offer events that range from low to moderate to active to meet different seniors’ needs.”

Athletes can participate on a year-round basis close to home, like the Norman, Oklahoma, games that will be held in Oklahoma Electric Cooperative’s service territory this fall.

“We want to reach the inactive seniors because this is the proof in the pudding of what being active can do,” Rhodes says.

The Oklahoma state games occur mostly in September and October. This year is a non-qualifying year, but in 2018, Oklahomans could qualify for nationals by being one of the top four in their age group. More than 100 Oklahomans will make the trip to nationals this month in Birmingham, Alabama.

One of those athletes is Francois Boda, an internationally acclaimed athlete who represents Oklahoma on the USA Track and Field team.

Following a successful career in business, Boda retired in 2008 to follow his dream of teaching and coaching. His athletes have a running joke that if they can outrun him one day in practice, they will get a day off. It’s been nine years, and so far, Boda remains undefeated.

Boda’s mornings begin with training six days a week, and he trains three times a day. During the school year, he trains during the morning, during his planning period and a few hours after soccer practice ends. Even with the intense commitment, Boda still admits he was “scared to death” at his first competitions.

“In my age group you have a lot of former Olympians,” Boda says. “It takes a few years for your body to get acclimated, and now I encourage others to trust a training process to help you reach success.”

Boda built a fitness program for both the boys’ and girls’ soccer teams at Mount Saint Mary Catholic High School in Oklahoma City, Oklahoma, to help the students become faster and better trained. After winning a state championship in 2012, he hopes his current and former students will be inspired to believe they can remain active throughout their lives.

“Whatever you do that impacts your life will also impact your community,” Boda says. “We all have a part to play to become healthier, more engaged and more active.”

To learn how you can get moving, visit www.okseniorgames.com.

Category: Oklahoma Stories
Back to all stories
Cevilla Ball’s grandchildren inspire her to remain active in her 90s. Photos by Hayley Leatherwood