Skip to content
Home // Stories // Pie in the Sky 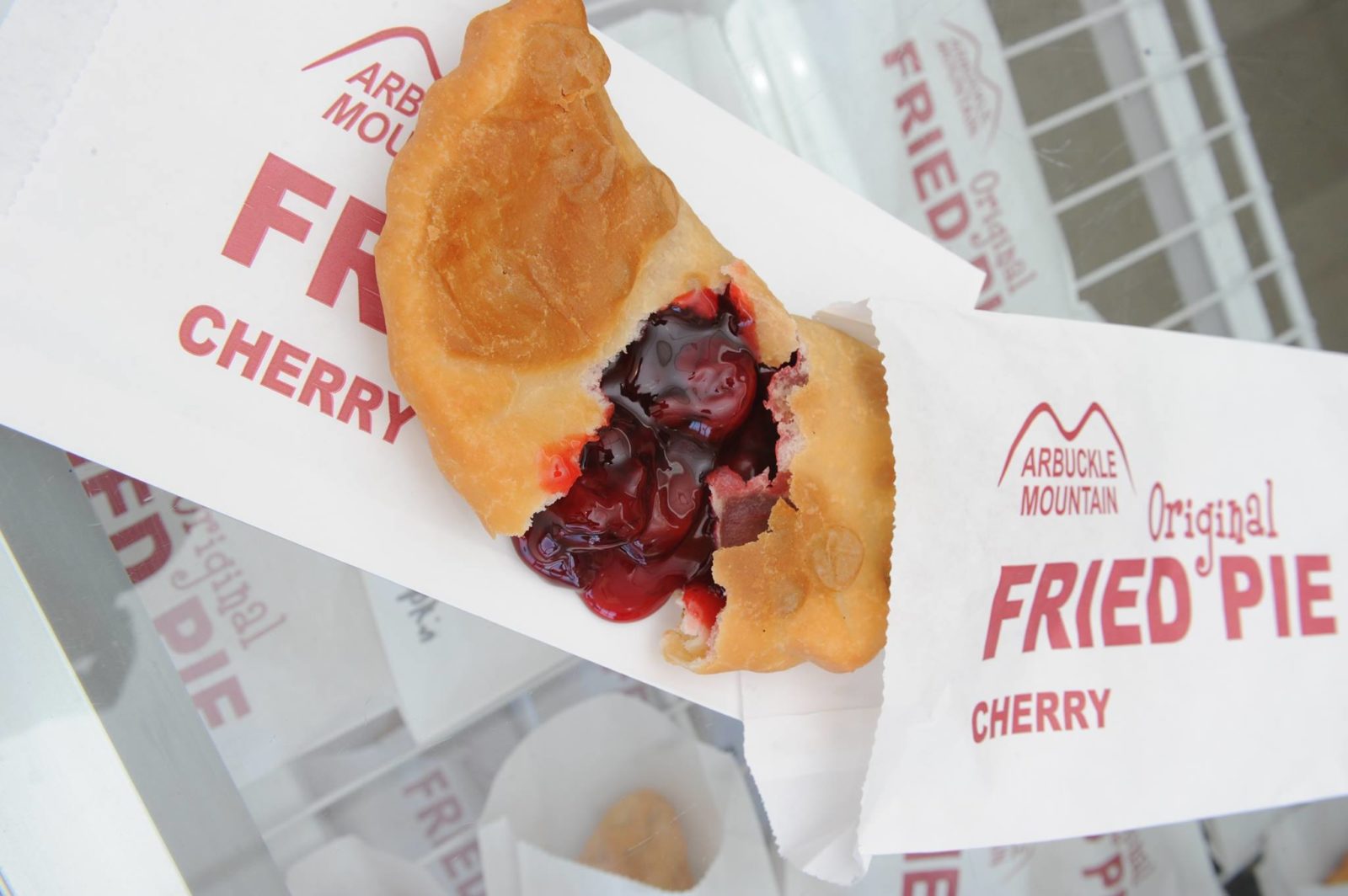 What started out as a mom-and-pop pie shop operating out of a small gas station has turned into a buttery, flaky sensation. Arbuckle Mountain Fried Pies located just off I-35 at exit 51 in Davis, Oklahoma, has been drawing people in for over 30 years.

The Davis store was formerly a gas station with about 1,500 square feet. Arbuckle Mountain Fried Pies are so popular that the shop quickly became too small, so a storage room was added, and then warehouses, until the facility topped out at over 10,000 square feet.

Dale Fullerton manages the Davis pie location, but John Pletcher, a family member who takes care of franchising efforts for the pie company and runs the family’s lodging business, said there are a total of 30 franchises in Texas, Kansas, Missouri, Arkansas and Oklahoma with current expansion to Alabama and Utah.

Folks come from all over to buy pies, but the greatest number of clients at the Davis location are folks who drop in from I-35 when passing through Davis.

“It’s kind of like we’re in the perfect storm for a location,” Pletcher said referring to nearby Turner Falls which receives 10,000 visitors per weekend in warmer months and Falls Creek Baptist Conference Center which sees 50,000 campers per year yielding 40,000 customers per month in the summer and a little less than half that during colder months—not to mention Dallas to Oklahoma City travelers.

Pletcher maintains that the light, flaky dough is “the shining element of the pie.” The dough recipe belonged to his great-grandmother and he said it’s such a secret, he doesn’t even have it. But that doesn’t change the way the pies are made.

Dough is made into plugs. The plugs are rolled by machine into circles which are passed down an assembly line to be filled with fruits, flavored creams, or savory ingredients. After filling, the dough is folded over to make a semi-circle and then crimped by hand before heading to the mechanical crimper just before frying. When the pies are done, they are sold at the shop. If timing is right, customers can score a warm pie.

Originally from Ringling, Oklahoma, about an hour away, Audene Eubanks Cook said she’d been visiting Arbuckle Fried Pies for 30 years. She said sometimes her grandpa would load up the kids at the family property served by Red River Valley Rural Electric Association and head to Davis an hour away just to get a fried pie.

“I remember coming when I was 8 years old,” Eubanks Cook said. “My mom loved it. She grew up in the Tennessee area and it was kind of a thing there. This was the closest thing to home.”

They say home is where the heart is and the Pletcher family and employees at Arbuckle Mountain Fried Pies put the love into whatever they make. Whether it’s a best-selling apple pie, a creamy chocolate pie or a savory meat pot pie, it’s sure to be delicious.

Back to all stories
Photo courtesy of Arbuckle Mountain Fried Pies in Davis, Oklahoma