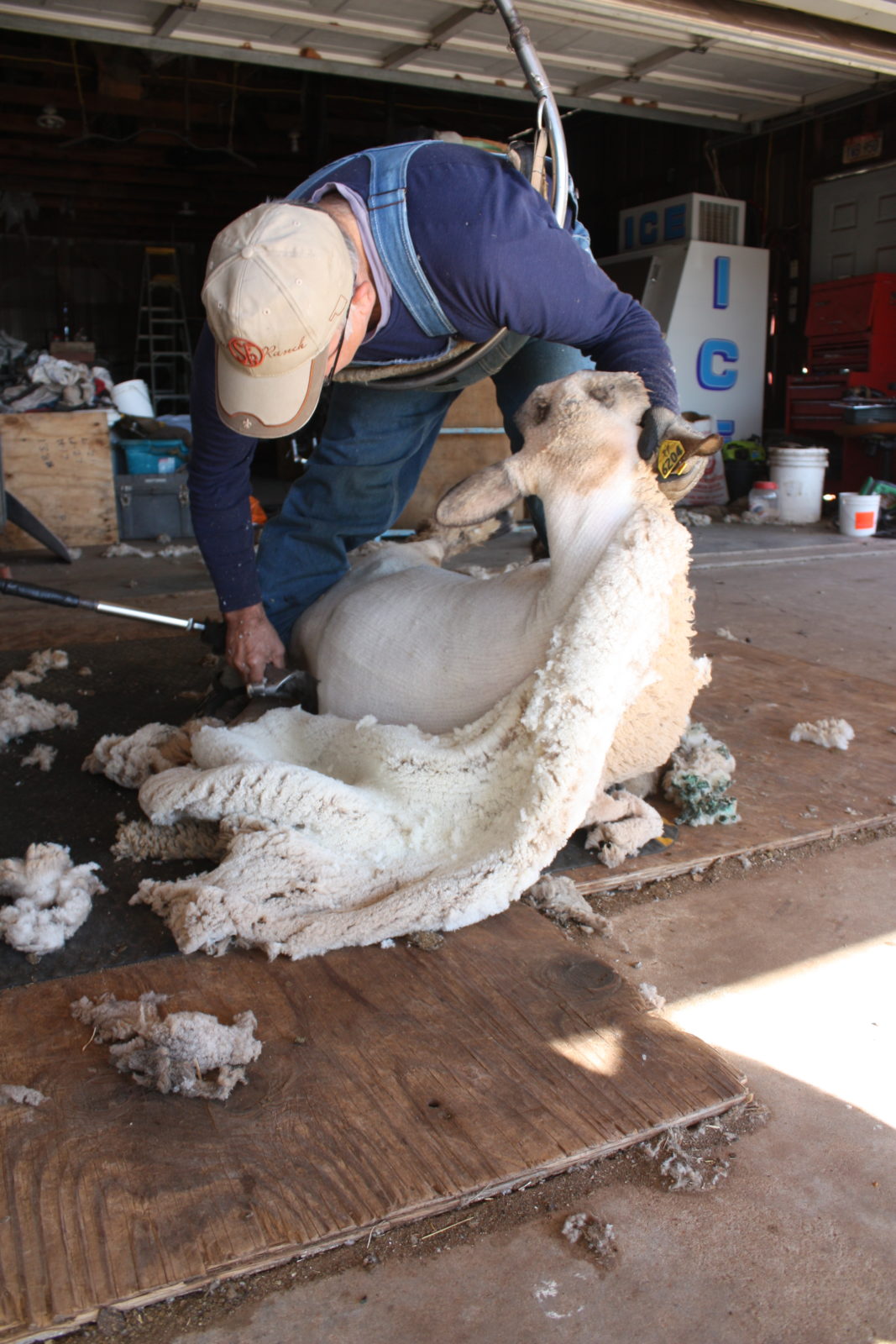 "Can you imagine wearing a 3-inch wool coat on a 100-degree day in Oklahoma?” Thankfully farmers provide haircuts for sheep.

Oklahoma is known for being cattle and horse country, however a lesser-known Oklahoma livestock is sheep. Not as numerous as they once were, sheep, especially show sheep, are a money-making commodity. These wooly critters have to be shorn and there are several professional shearers in Oklahoma who make the cut.

Paul Wolf, a Stillwater, Okla., resident and Central Electric Cooperative (CEC) member, is a self-proclaimed small-time shearer who started shearing when he was 17 years old and continued for over 40 years.

Although he went to Texas and Wyoming for a short stint, he mainly sheared in Oklahoma, working mostly on the weekends. Having learned to shear at a Sunbeam-sponsored school in Okmulgee, Okla., Wolf added that in the ’50s and ’60s, he stayed pretty busy in the spring.

Sheep used to be more prevalent in Oklahoma, but Wolf said he doesn’t know of many small flocks anymore since even the purebred shepherds need 100 head to make any money.

Carl Mize, an Oklahoma Electric Cooperative member who lives in Slaughterville, Okla., has a flock of about 30. He doesn’t shear his sheep himself. Instead, he hires Frank Schwartz, a professional shearer in Orlando, Okla., who has been shearing for 40 years.

Schwartz, a member of CEC, started shearing in 1977 when he worked on a sheep farm and saw an opportunity. He said there are various shearing styles, but he uses the Australian method, which he maintains is the “key to getting the maximum amount of work with the minimum amount of effort.”

Having been to a variety of shearing schools, Schwartz went to New Zealand where one man sheared 800 sheep in a day. Schwartz has traveled to New Mexico, Texas, Kansas and Colorado to shear commercially. One year he sheared in 11 different states. Although he still travels to shear larger flocks, he now stays mostly in Oklahoma where he has become a club lamb shearer serving 4-H and FFA members. The new shearing model for which progressive-thinking farmers have provided positive feedback, is to have farmers with smaller flocks bring their sheep to him; this cuts down on loading equipment, traveling and setting up before he can begin. Schwartz shears 10 to 12 sheep per hour and maintains he’s doing well when he shears 100 in a day.

Typically, the shearing season is April through May, but some farmers prefer to have their sheep shorn early in the year before lambing. Shearing nearly year-round keeps Schwartz, and his two sons who shear alongside him, pretty busy.

“Sometimes it can be difficult when the sheep don’t cooperate. Most don’t fight too much,” Frank’s son, Sam Schwartz who started shearing at age 16, said, explaining that sheep are shorn in a sitting position. “Most of the time, they just sit there.”

Schwartz places the wool, weighing in at 10,000 pounds per year, into a huge burlap bag and sells it to a bulk-wool purchaser in South Dakota.

“I’m really proud that both of my boys shear,” Frank Scwartz said. “They won’t shear for a living, but shearing will help pay for college.”

Skipper Bill Wilson, also a member of CEC, raises sheep and said he’s getting “too old and stove up” to do his own shearing.

“It’s simpler and just about as cheap to hire someone to shear,” Wilson said. “I haul mine over to Frank. He’s a world-class shearer. I’ve had people from Australia shear my sheep and he’s as good as any of them.”

Diane Dickinson, DVM, and her husband, Peter, are certified sheep shearers at Shepherd’s Cross sheep farm which has grazing land in Talequah, Okla., served by Ozarks Electric Cooperative. The Dickinsons host an American Sheep Industry certified shearing school each spring in Claremore, Okla. Farmers bring their sheep to Shepherd’s Cross for shearing, but Israel Vassick, a professional shearer who works with them does travel to shear around 50,000 sheep a year, according to Diane Dickinson.

“They naturally settle in a sitting position. The shearer and the sheep become one,” Dickinson said, citing Isaiah 53:7 and Acts 8:32—two Bible verses that say the sheep sit silent before the shearer. It only takes three minutes or so on average to shear a sheep, Dickinson added, saying professionals can shear them in less than a minute.

Working together, co-op shearers keep sheep healthy and cool while co-op shepherds raise sheep to feed their families and keep them warm.

Cooperative: Ozarks Electric Cooperative
Category: Oklahoma Stories
Back to all stories
Professional sheep shearers like Frank Schwartz can remove sheep fleece in one piece. The longer the wool, the easier it is to produce an intact fleece. Photos by Jocelyn Pedersen