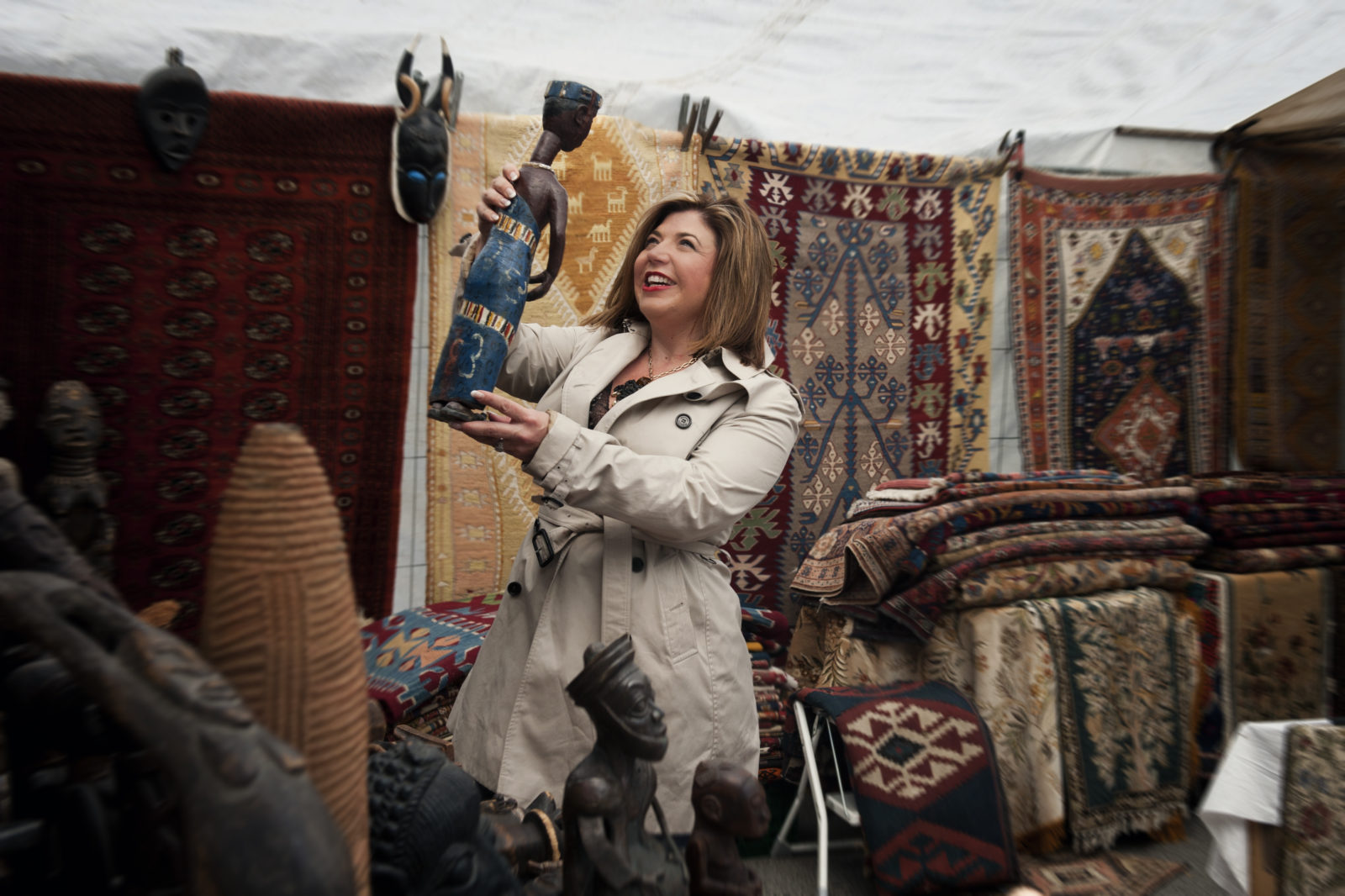 Antiques. Some like them and others love them. Antiques from other countries bring a sense of nostalgia to America. Some of us have been lucky enough to have these heirlooms passed down from generation to generation, but others have had to buy them. But if someone cannot afford the time to go abroad, how can they get antiques from other countries? That’s where the Antiques Diva comes in.

Toma Clark Haines, from Sharon, Oklahoma, grew up in Northwestern Electric Cooperative’s service territory. She graduated from Sharon-Mutual High School in Mutual, Oklahoma, and received a bachelor’s in English Literature from Oklahoma State University. She married her college sweetheart right out of college.

“We all knew Toma would be successful with her determined attitude and work ethic,” said Jason Boesch, Energize Credit Union manager and Oklahoma Association of Electric Cooperatives chief financial officer, a college friend of Haines’.

The Haineses moved around the U.S. during their first couple of years of marriage. Haines would work in public relations at different companies and each move brought not only a promotion for her husband, but a step up for her.

“My husband had the opportunity to move, in our third year of marriage, to Paris, France,” Haines said.

Haines had always wanted to live in Paris. As a girl, she would pour over National Geographic magazines, reading and learning about the world. She studied abroad while attending OSU.

When the Haineses moved to France, Haines applied for a visa so she could continue working in marketing. The French government denied her visa. Haines decided to use Paris as her “finishing school” and began shopping and taking courses in France.

“Something happened in Paris that I never thought would happen,” Haines said. “I got bored.”

Haines wanted a career, she missed working, but she didn’t know exactly what she wanted to do. She had read, “The Artist Way” by Julia Cameron, and it gave her perspective and helped her to find her passion. Haines began helping friends buy antiques. She got to know the French market owners well and her friends knew she could help them find the best deals.

Then friends of friends started contacting her. With each person, she spent hours planning, telling them which shops to shop at, whom to contact, and how to get a great deal. As more and more people would contact her to help them find antiques, she began toying with the idea of charging people for her services.

“I used to call myself ‘The Antiques Diva,’ as a joke, a kind of a tongue-in-cheek thing,” Haines said. “And it stuck.”

After starting a blog, Haines received an email asking if she offered antique shopping tours. Haines accepted the offer and took the customer on a tour. She had a blast, went home and added an option on her blog to offer antique tours.

When the 2008 recession hit, antique dealers in America were trying to find a way to stay in business. They began looking overseas to buy antiques to set themselves apart. Some people who had never bought antiques in Europe began contacting Haines because she was the only person blogging and writing on antiques during that time.

Haines and her husband lived in France for about five years before they moved to Amsterdam. After another five years, her husband was transferred to Berlin, where they have been for nearly seven years.

The goal of the Antiques Diva & Co. is to make Europe and Asia—and the antiques there—accessible to everyone. All 24 of Haines’ employees have lived internationally so they understand all aspects of antique buying.

“We take people on antique tours across Europe and Asia. We will hopefully be branching out to South America soon,” Haines said.

Haines’ company offers various services to clients. The Antiques Diva & Co. can find the antiques the customer wants and ship them, or the customer can come and pick out their own antiques. In January, they launched their own line of antiques cleaning and restoration products.

“The scale of Toma’s success has exceeded even our most optimistic expectations,” Boesch said. “It illustrates how hard work and a little luck can pay off for anyone, even if you’re from one of the smaller towns in Oklahoma.”

Haines’ favorite quote from her mother is, “You don’t have to have money to have style” and she values that to this day. She prides herself on finding her customers the best antiques at the best prices.

Visit www.antiquesdiva.com for more information or to book an antiques tour.