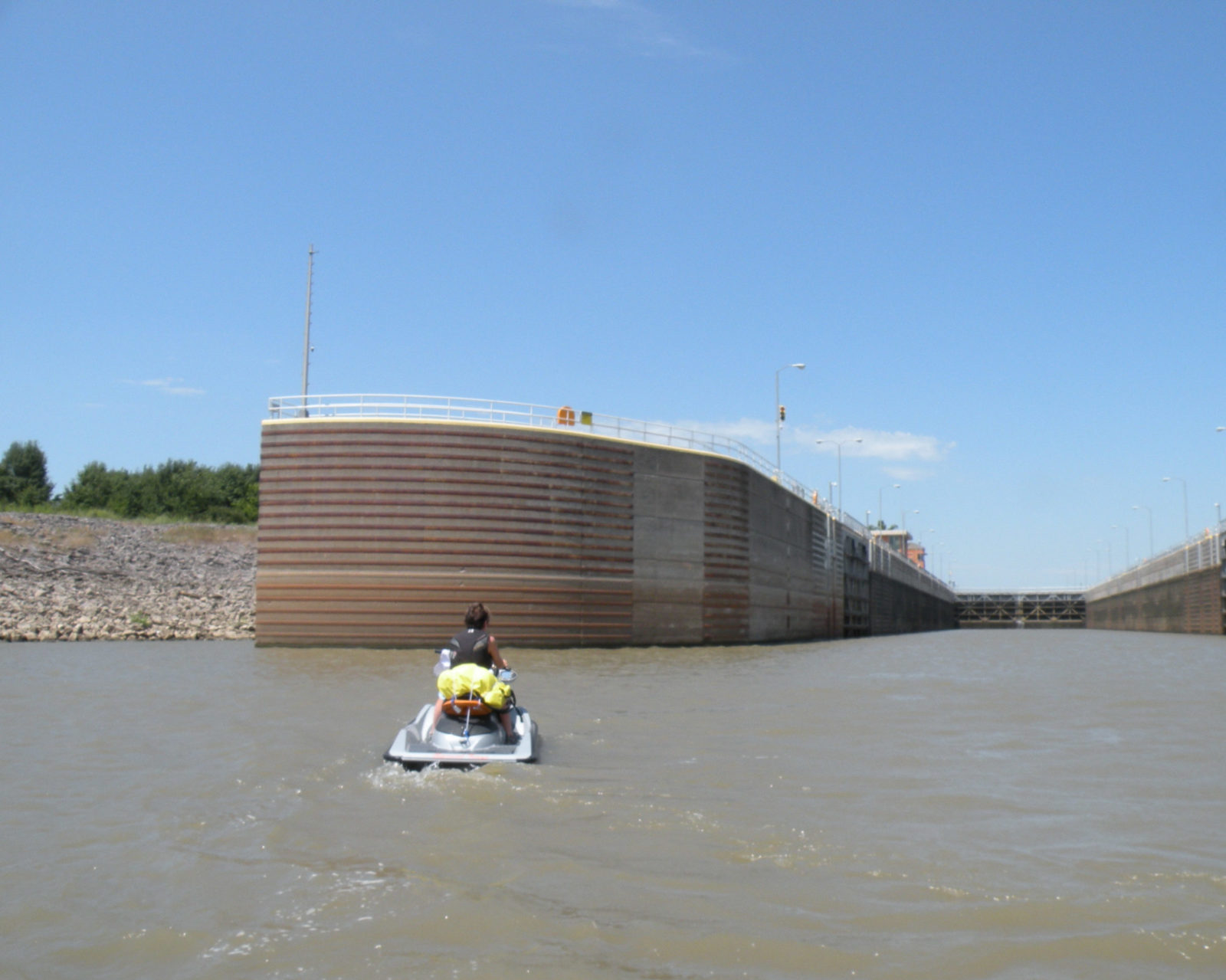 Tugboats pushing barges unload freight from as far away as China and Russia at Tulsa’s Port of Catoosa on the Verdigris River. The barges reload and depart with other cargo for delivery to seaports around the world.

“We call it the Oklahoma Seacoast,” explains the port’s operation manager, Bradley Banks. “It can definitely be considered a seaport.”

The McClellan-Kerr Arkansas River Navigation System (MKARNS) begins at Catoosa and extends 445 miles down the Arkansas River across Oklahoma and Arkansas until it empties into the Mississippi River, which flows another 600 miles to link Oklahoma with the Gulf of Mexico at New Orleans. At the time of MKARNS’ completion in 1970, it was the largest civil works project—and one of the most challenging—ever undertaken by the U.S. Army Corps of Engineers.

The Arkansas River begins in Colorado’s Rocky Mountains and twists 1,500 miles through Kansas, Oklahoma, and Arkansas before it meets the Mississippi. In its natural state, it presented almost insurmountable navigational problems. Shallow and unstable most of the year, clogged with 100 million tons of silt annually, it could change overnight from a mere trickle to a destructive torrent that threatened everything downstream.

Steamboats seemed to offer a practical solution to shipping by water into the nation’s interior. By 1833, they were docking as far up the Arkansas as Oklahoma’s Fort Gibson. Before railroads replaced them, nearly 200 were lost due to floods, impassable sandbars, unpredictable channels and snags.

The Rivers and Harbors Act championed by Sen. John L. McClellan of Arkansas and Oklahoma Sen. Robert S. Kerr passed Congress in 1946 with the objective of taming the Arkansas River and making it navigable. Professor Hans Einstein, son of Albert Einstein, demonstrated how the river could be deepened, straightened, and narrowed to stabilize banks and make it flow faster to flush out silt that would otherwise require constant dredging.

Funding and labor continued for 25 years until on January 3, 1971, the first commercial tow hauling steel pipe docked at the Port of Muskogee. President Richard Nixon dedicated the system in a ceremony at the Port of Catoosa on June 5 of that year.

Catoosa is the head of navigation for 18 stations across Oklahoma and Arkansas consisting of a combination of locks, dams, and ports controlled by the U.S. Army Corps of Engineers. Two ports are located in Oklahoma, at Catoosa and Muskogee. Five Oklahoma locks-and-dams on the waterway help control water depths and flooding while facilitating water travel and providing lakes for recreation and outdoor sports. Boats as small as canoes and kayaks are permitted use of the locks.

According to Preston Chasteen, Corps of Engineers deputy chief of public affairs, the system has prevented billions of dollars in flood damage.

Nathan Able, who operates the dam-and-lock at Chouteau, explains functioning of the locks, each of which is 100 feet wide and 600 feet long. A flood-and-drain combination allows water depths to be regulated as needed to compensate for terrain elevation and to pass traffic through the lock. A full tow of tug and eight barges hauls about 12,000 tons, equivalent to the capacity of 400 semi-trucks or 120 railroad cars, and at a fraction of the cost.

Upstream lakes and dams throughout eastern Oklahoma, such as Keystone on the Arkansas and Oologah on the Verdigris, not only play a critical role in navigation through flow regulation and flood and sediment control, but also provide domestic and industrial water supplies and produce hydropower for electricity. Seven hydro plants located in the Tulsa District of eastern Oklahoma, two of which are on the MKARNS—Kerr near Sallisaw and Webbers Falls—produce about 1 billion kilowatt hours of electricity annually that benefit 2 million users in a six-state region. According to most recent data, hydropower accounts for 3.9 percent of electricity generated in Oklahoma.

In 2017, Oklahoma’s waterway cargo exceeded 6.2 million tons of commodities valued at about $3 billion. Products shipped via MKARNS include fertilizers, wheat, iron and steel, coke and coal, petroleum products, soybeans, food and farm products, minerals, equipment and machinery, and many others.

“The navigation waterway,” Chasteen says, “has proved to be one of the best and most efficient investments in Oklahoma.”

It may even be hailed as one of the Seven Wonders of Oklahoma and Arkansas.

Category: Oklahoma Stories
Back to all stories
ulsa’s Port of Catoosa on the Verdigris River is known as the Oklahoma Seacoast. Photos by James Pratt